According the Hollywood Reporter, Michael Wright, president and head of programming for TBS, TNT and Turner Classic Movies is more than pleased with O’Brien’s Little Show That Could.

“When we invited Conan O’Brien to come to TBS, we knew he would bring with him a passionately loyal following of young adults. Conan and his colleagues at Team Coco have gone far and beyond that bymaking ‘Conan’ the top late-night brand in the digital arena,” said Wright. “We are proud to extend our relationship with Conan as he continues to forge the future of late night. I just wish we didn’t decide to tell him on April Fools’ Day.”

It would seem that karma does, indeed, come back to either reward a person or haunt them; on the other end of the spectrum, rumors of Jay Leno possibly being replaced by Jimmy Fallon are still circling.

You can read more about this late-night show news at The Hollywood Reporter. 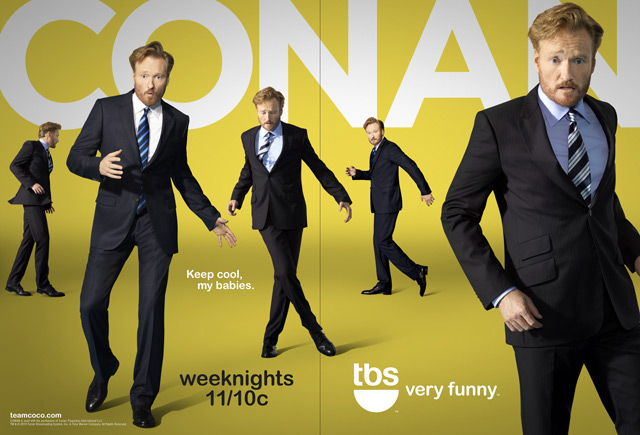