Looks like BET is keeping with their motto “We Got You” by renewing some of their fan-favorite shows and bringing back some old classics.

According to The Hollywood Reporter, BET has renewed the sports soap-opera “The Game” as well as “Let’s Stay Together” and Kevin Hart’s “Real Housewives” spoof “Real Husbands of Hollywood.” The network is also bringing back music video show “106 & Park,” reviving the hugely-popular “ComicView” (which launched the careers of Cedric the Entertainer and D.L. Hughley) and the thing I’ve been waiting on since the end of last year—the return of “Apollo Live,” hosted by Tony Rock. Gospel fans will be glad to know that “Bobby Jones Gospel,” the longest running original series on cable, will be back as well as the popular gospel competition show “Sunday Best.”

One of the new shows coming this year are “The Sheards,” a reality show starring gospel star Karen Clark Sheard of the Clark Sisters, her husband Bishop J. Drew and their family. Other new shows include “Being Mary Jane,” a series based on the original TV movie starring Gabrielle Union. Union will play Mary Jane Paul, a TV anchor who has a family that’s less than enthused about her insane motivation. The series, from the creators of “The Game,” will also star Omari Hardwick, Richard Roundtree, Lisa Vidal, Richard Brooks and Margaret Avery. The series will premiere in the first quarter of 2014. “Mind, Body & Soul,” a talk show hosted by Bishop T.D. Jakes will air on Sundays late this year and touch on subjects like finance, relationships and wellness.

You can read more about the upcoming BET and Centric shows at The Hollywood Reporter. 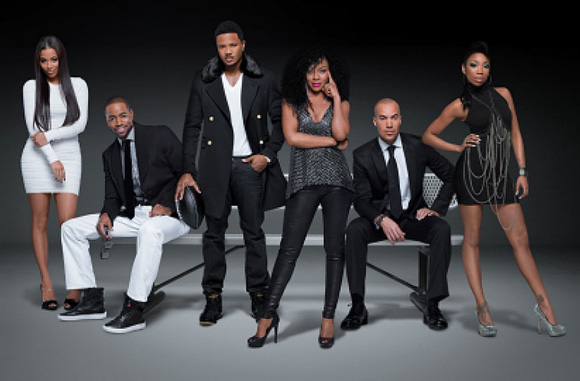 Cancel reply
New Red-Band Trailer For This Is The End Released
Star Trek Into Darkness Alludes to Wrath of Khan? Major Spoiler Alert
To Top