THE FOLLOWING CONTAINS MAJOR SPOILERS ON STAR TREK INTO DARKNESS. IF YOU’D LIKE TO STILL GO IN CLEAN, DO NOT CONTINUE READING

Buzz is through the roof on Star Trek Into Darkness, the sequel to J.J. Abrams Star Trek, which was a massive hit back in 2009. And there should be, as Paramount has done everything right as far as marketing the film, with trailers and ads that has the entire movie world on fire. In typical Abrams fashion, the rumor mill is on fire concerning Benedict Cumberbatch’s identity in the film. In December when it was revealed that the character’s name was John Harrison. Many believed this to be a hoax, and that the character was either Gary Mitchell, or the illustrious Khan Noonien Singh, made famous by Ricardo Montalban.

Well moviegoers, through a trusted source, I can confirm that the Cumberbatch IS indeed playing Khan. He is called John Harrison at points in the film, but during a key scene where Harrison is held prisoner on the Enterprise, he does reveal to Kirk and crew that his true identity is Khan. In addition, the film takes another cue from Wrath Of Khan and alludes to the famous reactor scene, but puts a reverse spin on it.

So there you have it, folks. Here’s hoping J.J. and Mr. Cumberbatch do Mr. Montalban credit and honor the character (and the film.) For me, I have to wonder why you’d create this new universe, only to mine stories that have already been done perfectly.

Star Trek Into Darkness release May 17, 2013. Let us know below if your excitement has gone through the roof with this development. 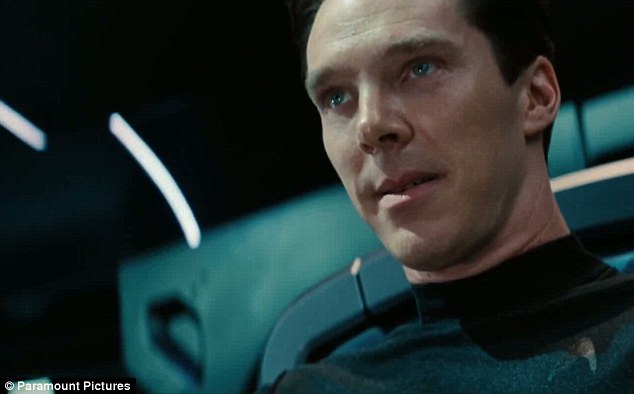