Supernaturally tinged Norwegian mystery-horror import “Thale” unfolds, on a narrative level, like some weird hybrid of “Sunshine Cleaning,” “Splice” and “Lady in the Water” — a work that dances around a couple moods and genres without ever really wholeheartedly committing to one in particular. Telling the story of a surprise woodland contact between a pair of guys and an awakened, captive huldra — a nymph-like creature of Scandinavian folklore — writer-director Aleksander Nordaas’ work gives off a certain eerie vibe that, along with its regional specificity, add up to give the movie a pungent originality. But “Thale” is ultimately all wind-up, failing to take its characters to more interesting places.

The unflappable Leo (Jon Sigve Skard, kind of favoring a Nordic Christopher Eccleston) heads up “No Shit Cleaning Service,” a crime scene scrubbing company. Perhaps against better judgment, he’s thrown a bit of work to his friend Elvis (Erlend Norvold), with vomitous consequences. Tasked with finding the scattered remains of an old man at a cabin in the woods, Leo and Elvis instead discover a mute girl (Silje Reinåmo) and a bunch of audio tapes in which said man can be heard talking about the girl’s highly adaptive nature, and how she’s “different than” her sisters. As Elvis starts to seemingly become able to bridge the communication gap they also make a rather shocking discovery in a freezer, leading them to question just how dangerous this girl might be.

If there’s a nice fog of intrigue that surrounds “Thale” for a good long while, there’s also an imperturbability to the entire movie, which kind of dawdles and drags. For a long time “Thale” isn’t really a horror movie, even in any Gothic sense, but instead just a mystery about this girl’s origins, and how she’s survived seemingly on her own for an indeterminate length of time. This works, but only up to a point. At around the 45-minute mark, there’s a nice conversation between Leo and Elvis in which some of their vulnerabilities are stripped bare, and for a moment it looks as if “Thale” is going to dive headlong into a story of fraternal drift, with its mysterious title waif serving only as a joint kickstarter and metaphorical connection for the two. This doesn’t come to full fruition, but it would have likely been more rewarding than some of the moves “Thale” ends up making.

At a certain point, the movie’s slow-peddled nature either becomes wholly mesmeric or a bit of a put-on. For me it was the latter — it felt like a lot of artful dodging in service of a story that wasn’t really fully fleshed out, or at least not taken in interesting directions. “Thale” doesn’t really delve substantively into mythology — its characters aren’t scientists, admittedly — so when others come looking for Thale, plunging Leo and Elvis into a greater danger, it feels like a leap into tension unearned, nipped from some screenwriting manual.

Serving as his own cinematographer, camera operator and editor, Nordaas delivers an enigmatic aria in many respects. A director like Brad Anderson would be able to turn this into a work of suffocating anxiety, though. As is, “Thale” is a movie that’s less than the sum of its parts — interesting around the edges, but not fully developed, and lacking any sort of revelatory punch.

NOTE: “Thale” screens in theaters this week in Boston, Seattle, San Francisco, Los Angeles, New York, Denver and Portland — check your local listings, as they say — and then arrives on home video and VOD later in the month. 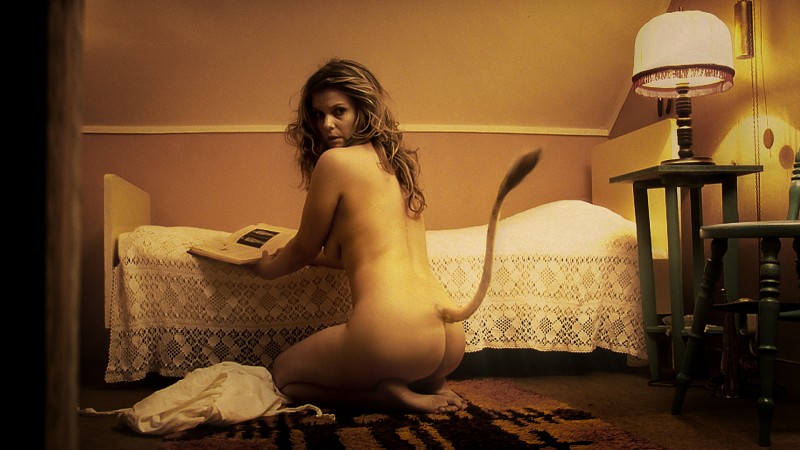