“Saturday Night Live” might have one less cast member if NBC’s latest comedy pilot is successful.

According to The Hollywood Reporter, “Saturday Night Live” actress Nasim Pedrad is set to star in a John Mulaney comedy pilot. The Universal Television, Broadway Video and 3 Arts pilot, is loosely based on Mulaney’s life. Pedrad will star as Jane, a grade school teacher who, despite being nice and intelligent, is lazy and hates her job. She wants to change things in her life, but she’s also a very bad procrastinator.

I’m mighty curious about this new show. According to The Hollywood Reporter, Pedrad is now the longest-running tenured actress on “Saturday Night Live” after castmembers Kristen Wiig and Abby Elliot left the show. I want to know how the show will do, especially since NBC currently has quite a few shows that are on the fence as far as being renewed for next season.

You can read more about this news at The Hollywood Reporter. What do you think about Pedrad starring in this upcoming pilot? Give your opinions in the comments section below. 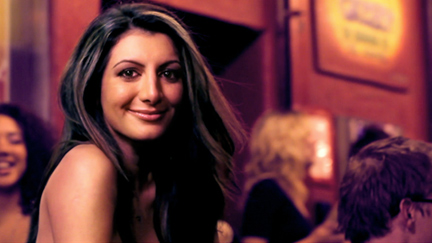