The Canadian comedy “Starbuck” is making a big splash in America and not only has the film been highlighted in Entertainment Weekly’s “Must List,” but the film’s screening list is expanding! Visit the official site to find out if “Starbuck” is coming to a theater near you!

“Starbuck” stars Patrick Huard as a man who realizes the offspring of his sperm donations are looking for him:

“Patrick Huard stars as David Wozniak, a 42-year old lovable but perpetual screw up who finally decides to take control of his life. A habitual sperm donor in his youth, he discovers that he’s the biological father of 533 children, 142 of whom are trying to force the fertility clinic to reveal the true identity of the prolific donor code-name Starbuck.

Produced by André Rouleau, the film also stars Julie Le Breton, as David’s long suffering girlfriend who suddenly finds herself pregnant and understandably reluctant to share parenthood with the unreliable David, and Antoine Bertrand, David’s longtime friend, Paul, an attorney who takes on his case while trying to disabuse him of the joys of parenthood.”

Via Entertainment One, “Starbuck” premiered in Los Angeles and New York March 22. The American remake of “Starbuck,” called “The Delivery Man,” will be made by Dreamworks, will star Vince Vaughn and directed by the original director of “Starbuck,” Ken Scott. “The Delivery Man” will be in theaters Oct. 4. You can learn more about the film at its official site and Facebook page. 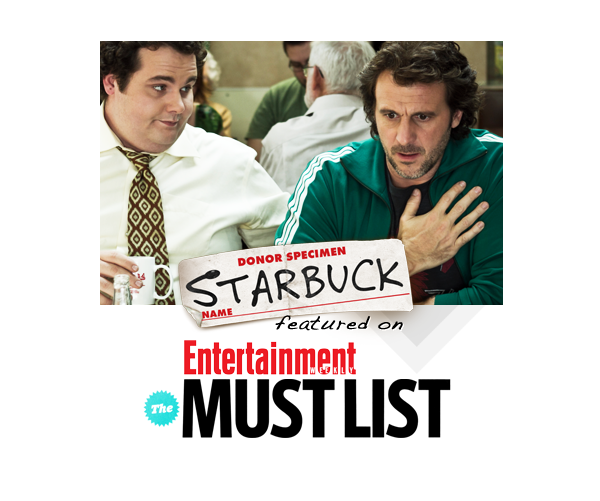