The Company You Keep Movie Review 3

Title: The Company You Keep

“The Company You Keep,” Robert Redford’s ninth film as a director, is about secrets, principles and the melting value of absolutes. In dramatizing the present-day, assumed-identity circumstances of a group of former anti-Vietnam War radicals who in real life in the 1960s and ’70s advocated the overthrow of the United States government, it offers up a decidedly American story of graying moral certitude to match graying temples. If that sounds interesting, in a certain stage-crafted throwback fashion, it is. If that also sounds like it has the potential to be overly schematic, and turn into a parade of Notable Faces, well… it is that as well.

Redford stars in the film too, as public interest lawyer Jim Grant, a recently widowed single father in upstate New York who finds his life of quiet, ordered domesticity upset when Sharon Solarz (Susan Sarandon), a former radical fugitive having lived for decades as a housewife and mother, is arrested just prior to planning to turn herself in. With a strident federal agent (Terrence Howard) looking to shake the cold-case trees and roust old colleagues of Sharon’s who are still wanted on a murder charge for an act of protest gone wrong, Jim rightly senses that his past may be about to catch up with him. Stashing his daughter with his brother Daniel (Chris Cooper), Jim flees.

Meanwhile, beaten to the initial story scoop, Ben Shepard (Shia LaBeouf), a brash young Albany newspaper reporter eager to make a name for himself, starts plumbing his own set of contacts and digging into Grant’s past, which in turn unwittingly abets the FBI’s investigation. Working a scattered network of his old Weather Underground comrades (including Nick Nolte and Richard Jenkins), Jim tries to track down old girlfriend Mimi Lurie (Julie Christie), whom he believes will be able to exonerate him personally, and help him keep his daughter.

In collapsing the disparate viewpoints of a lot of different aging radicals and battered idealists into a streamlined dramatic vehicle, screenwriter Lem Dobbs, working from the novel of the same name by Neil Gordon, crafts a number of solid morally inquisitive exchanges. There’s a real push and pull here; tough, honest questions are asked (where does complicity end, for instance, and can good acts outweigh a past transgression?), for which there are frequently no easy, pat answers.

The film’s framing device works a bit less successfully, though, as person after person who has no particular compelling reason to talk openly or honestly to Ben continues to do so. LaBeouf has a squirrelly persistence that tracks well with Ben’s indefatigability. It’s just that parties who’ve kept secrets for decades seem somehow checkmated by a cocky assurance and a couple crackerjack investigative moves.

The procession of recognizable actors and actresses — almost all dialed in, and punching out smart dialogue that defends their life choices — is what gives Redford’s movie its hold. There’s a lot to like here, but at the same time some performers are given so little to do that a longer treatment, perhaps even on stage, often feels like it would be a better servicing of the same material. Abdicating, especially in its conclusion, any cathartic punch of shown change, “The Company You Keep” spins a tale about heavy, universal issues — the weight of guilt, the shadows of regret and the shelf life of swallowed confidence. Would that all its pieces fit together a little more precisely. 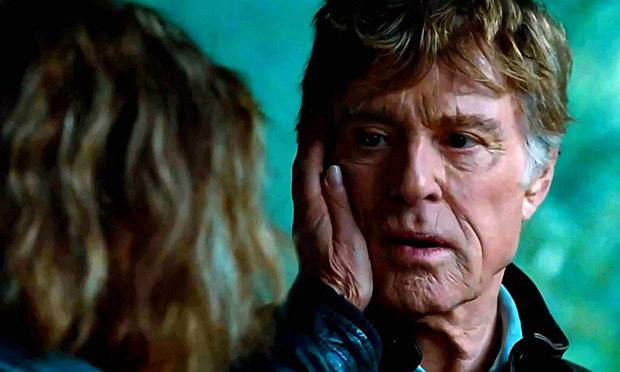