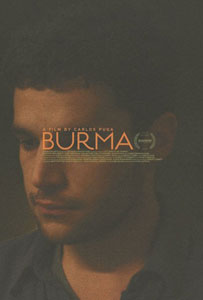 When you’ve got a film that’s a slice-of-life family drama through and through, you run the risk of forging forward without a hook to make it stand out from the lot. However, thanks to its Special Jury Recognition for Ensemble Cast at SXSW, Carlos Puga’s “Burma” might have just gotten the boost it needed to spark a significant degree of intrigue well beyond its festival run.

Christopher Abbott leads the piece as Christian, a struggling writer still reeling from the passing of his mother. While Christian opts to drown his sorrows in parties, booze, and cocaine, his sister Susan (Gaby Hoffman) hopes to cope through hosting their annual family get-together while their younger brother, Win (Dan Bittner), is too busy enjoying his own flourishing writing career to give it much of a second thought. Complicating matters further, their father, the man who abandoned their dying mother, returns from a nine-year absence and convinces a reluctant Christian to take him with him to Susan’s reunion to make amends.

As a film fueled by powerful performances with a group of engaging and compellingly real characters at the core, it’s no wonder “Burma” snagged the ensemble cast honor. Hot off their success in Austin, Abbott and Puga took the time to sit down in New York City and run through the process of getting the film off the ground, the necessity to be able to engross an audience through silence, how Puga’s “True Life” background effects his work as a narrative director, and more.

Hear all about it for yourself straight from Abbott and Puga in the video interview below and if you’re attending the Sarasota Film Festival, catch “Burma” in full when it screens at the Regal Hollywood 20 on Thursday, April 11th at 5:15pm.