“Love Free or Die” is now available April 9, thanks to Wolfe Video. The documentary, focusing on the first openly gay person to be elected bishop, was filmed by the award-winning Macky Alston and illuminates more about how sexuality and religion are pitted against each other:

“LOVE FREE OR DIE is a film about religion, homosexuality and human rights; how tradition and scripture are used by many to reject a faithful minority and amid the growing calls in the US and beyond to adopt inclusion. The film follows Bishop Gene Robinson, the first openly gay person to be elected bishop in the high church traditions of Christendom. Bishop Robinson’s elevation in the sleepy New Hampshire diocese in 2003 ignited a worldwide debate in the Anglican Communion, one that has become so heated that there is still a chance of a schism in the 80 million-member denomination.

Taking on the church’s stance against homosexuality, Bishop Robinson has become a lightning rod, standing at the crossroads of religion and sexuality. One year after being muzzled by the Archbishop of Canterbury, he finds himself speaking from the steps of the Lincoln Memorial at Barack Obama’s 2008 Inauguration. Gene Robinson confronts those who use religion as an instrument of oppression, and claims a place in the church and society, not just for LGBT people, but for all people.

You could win a copy of the documentary through ShockYa’s Twitter giveaway. If you want to win the film, make sure follow us @Shockya. Then tweet the phrase, “@Shockya is giving away Love Free or Die! Follow and RT to enter!” You can tweet us every day until April 23; after that, we’ll pick the winner at random and notify the winner through Twitter DM.

Good luck with the contest, and make sure to follow Alston on Twitter @MackyAlston and Wolfe Video @WolfeVideo. 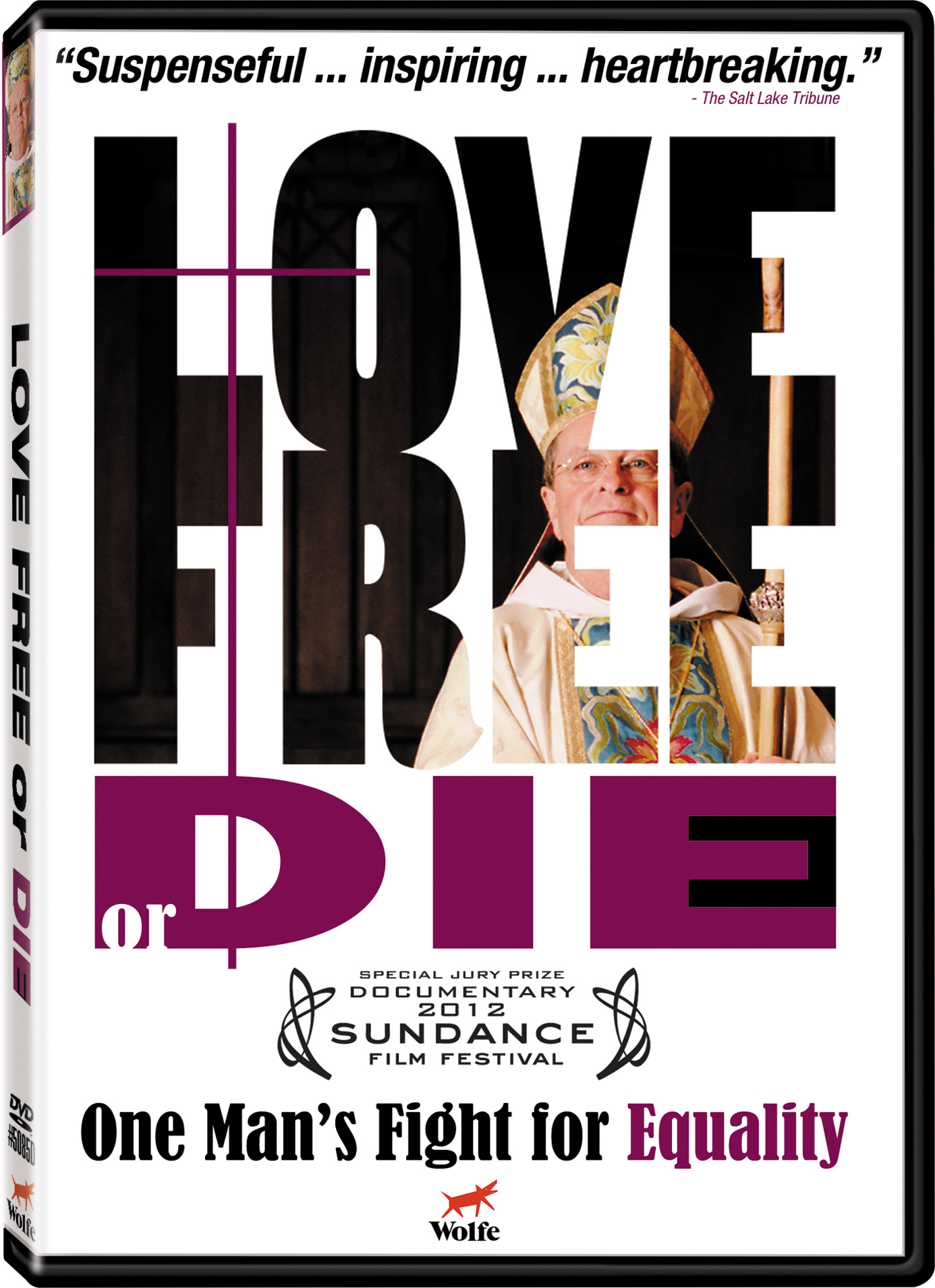