Title: In the House

François Ozon was inspired by Juan Mayorga’s play ‘The Boy in the Last Row,’  for his last film ‘In the House,’ which was awarded the main prize at the 2012 San Sebastián International Film Festival, the Golden Shell, as well as the Jury Prize for Best Screenplay.

The middle-aged Germaine (Fabrice Luchini) is a literature teacher at the French High School Flaubert, while his wife Jeanne (Kristen Scott Thomas) works at a gallery, proposing the new trends of the contemporary art world. Germaine has never succeeded as a writer, and is frustrated by the students who show no talent or sign of interest in what he teaches, all except one: Claude (Ernst Umhauer). This sixteen-year old boy insinuates himself into the house of his fellow student Rapha (Bastien Ughetto) and writes about his family, in essays for his French teacher. Faced with this gifted and unusual pupil, Germaine rediscovers his enthusiasm for his work, but the boy’s intrusion will unleash a series of uncontrollable events, leading to an eerie and exciting adventure through the making of storytelling.

François Ozon uses the relationship between Germain and Claude, to portray the manipulation of the author towards the reader. Ozon has declared this is supposed to mirror the dilemma of the producer’s influence on the director, placing the audience in the labyrinthine artistic process. Technically there are palpable references to other great masters of the film-industry such as Chabrol, Buñuel, Rohmer and Haneke. Whilst the cast plays majestically with remarkable understatement: Ernst Umhauer embodies a magnetic and creepy charm, Fabrice Luchini has the perfect melancholic and distressed flair, just as Kristen Scott Thomas is zany and witty.

Ozon, once again has proved to be able to weld irony and morbidity, social satire and paradox, suspense and likelihood. Just as he did in ‘8 Women’ and ‘Potiche,’ he enjoys the dissection of the bourgeoisie and just as the Italian playwright Pirandello did, with his ‘The Rules  of the Game’ and ‘Six Characters in Search of an Author,’ Ozon focuses on the masks of society blended with circumstances of metatheatre. 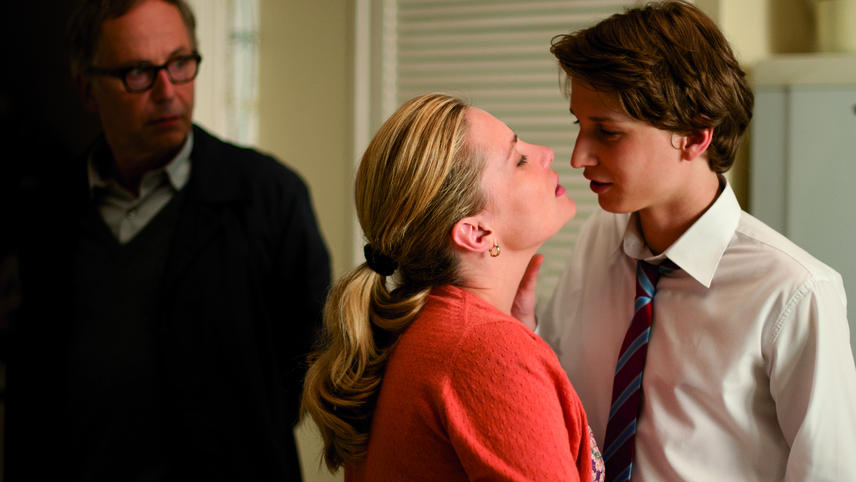 Cancel reply
The 2013 Movie Rankings: Scary Movie 5, Trance, The Company You Keep
Like Someone in Love Movie Review
To Top