Title: Which Way Is the Front Line From Here? The Life and Time of Tim Hetherington

On April 20, 2011, 40-year-old photographic journalist and filmmaker Tim Hetherington was killed by mortar fire in Misrata, Libya, where he was covering that country’s bloody civil war. His death marked the end of a brilliant and difference-making career during which he covered conflicts in Liberia and Afghanistan, and helped notably reshape notions of war photography. Helmed by his friend and co-director on the Oscar-nominated “Restrepo,” Sebastian Junger, and debuting on HBO in conjunction with “Sleeping Soldiers,” an outdoor exhibition of Hetherington’s work at the International Center of Photography next door to HBO’s headquarters in New York City, “Which Way Is the Front Line From Here? The Life and Time of Tim Hetherington” serves as fitting capstone for a warm-hearted man who saw the best in people during some of the worst circumstances.

Hetherington, who with his crooked but quick smile sort of favored a taller Daniel Tosh, was born to well-off parents in Great Britain, but gravitated toward photography in some of the world’s most war-ravaged regions. His work received several major awards, including four World Press prizes. Integrating multiple media formats in his work, Hetherington had a gift for forging sympathy with his subjects; he rejected as nonsense the notion that interaction with his subjects ruined the objectivity or sanctity of images, noting, “I’m a big white guy in their country, it’s stupid to pretend I’m not.”

From 2007 through 2008, in eastern Afghanistan’s Korengal Valley, where at one point 70 percent of all the American ordinance being used in the war effort was being dropped, Junger and Hetherington holed up with the Second Platoon, Battle Company, at a remote outpost named for a fallen comrade. The resultant film of the year-long embedding, “Restrepo,” would debut at the Sundance Film Festival and go on to be nominated for a Best Documentary Academy Award. After many years in Liberia and other spots, the movie was in some ways the culmination of Hetherington’s quest to understand and document the different human emotions crystalized in armed conflict. (One of his favorite photos from the time period, entitled “Man Eden,” underscored what someone would later tell Hetherington — that war represents men’s best, most socially acceptable chance to express and receive unconditional love.)

Junger, who sits for interviews but doesn’t try to impress his own stamp of personality on the film, also doesn’t try to inject a lot of stylistic flash into “Which Way Is the Front Line From Here?” After all, there’s no need to. Hetherington’s life was an interesting enough one that it stands on its own, and the footage here — inclusive of his time in Liberia, outtakes from “Restrepo,” and his time in Libya, and buoyed by reminiscences from family and colleagues — is engaging, thoughtful stuff, no matter its surface narrowcast appeal. 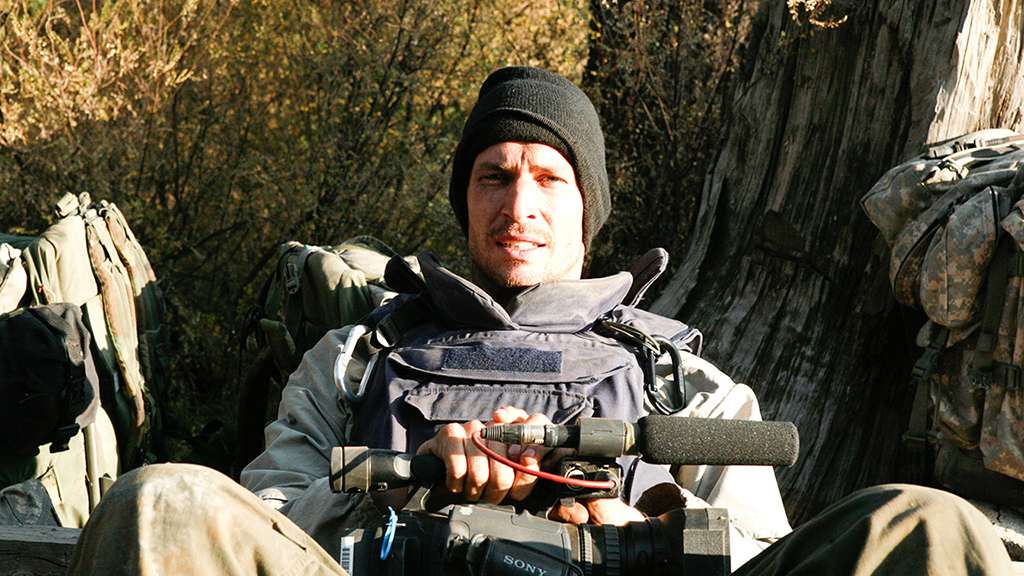