“Peeples” focuses on one man’s mission to get permission to marry a stodgy father’s daughter:

“Sparks fly when Wade Walker (Craig Robinson) crashes the preppy Peeples annual reunion in the Hamptons to ask for their precious daughter Grace’s (Kerry Washington) hand in marriage. Wade might be a fish-out-of-water among this seemingly perfect East Coast clan, but he’s not about to let himself flounder. Instead, in a wild weekend of fun, dysfunction and hilarious surprises, Wade is about to discover there’s room for all kinds of Peeples in this family, no matter their differences. Writer and first-time director Tina Gordon Chism (writer of DRUMLINE) joins forces with Tyler Perry to present a laugh-out-loud look at the family ties that freak us out . . . but bind us together with love.”

“Peeples” is a 34th Street Films /Stephanie Allain/Paul Hall/Lionsgate production. You can learn more about the film, which will be in theaters May 10, at the film’s Facebook page and Lionsgate’s Twitter (#PeeplesPerson). 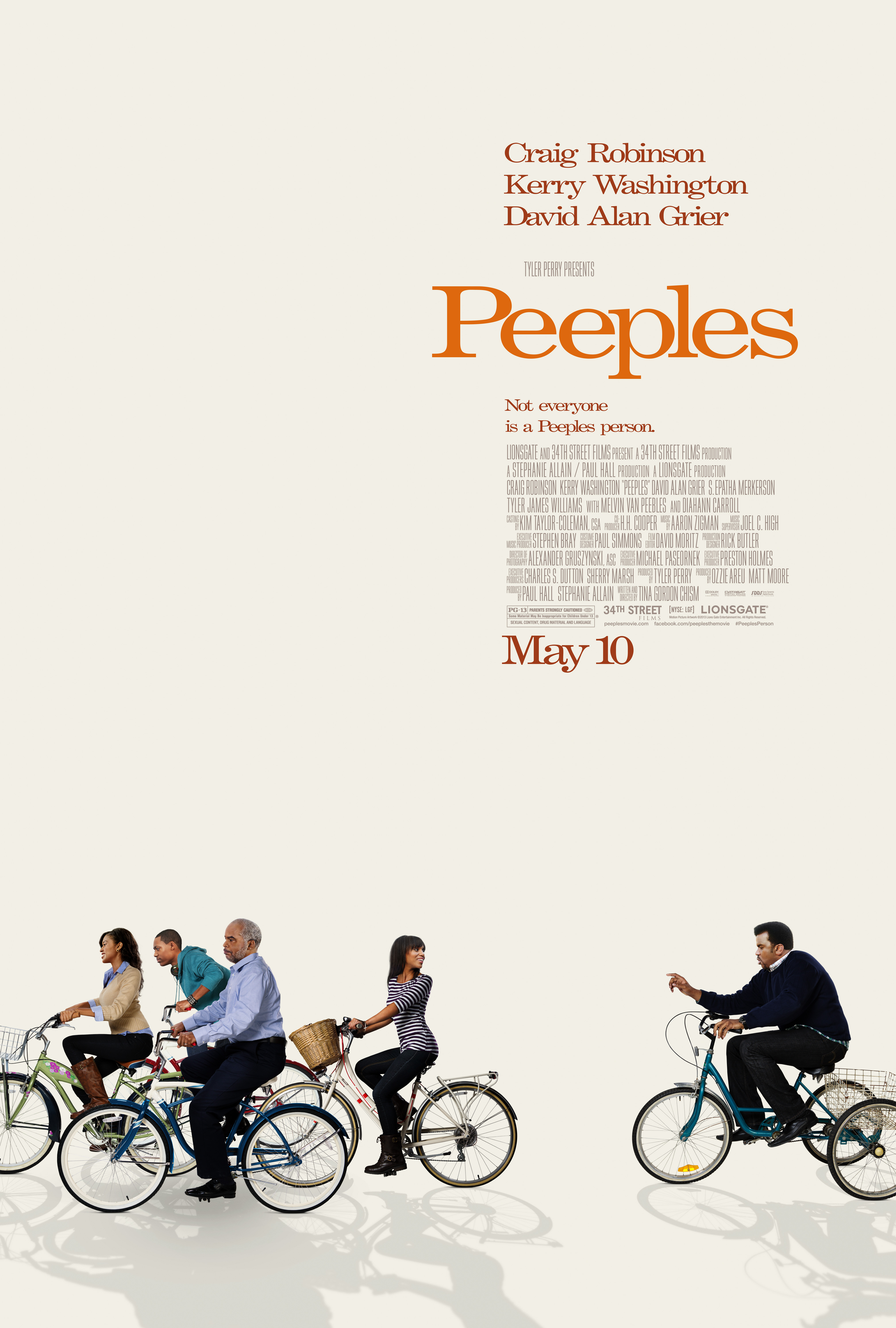