The box office results for the weekend of April 26th – 28th has Pain & Gain hustling its way to an easy victory on the eve of the highly anticipated summer movie season. As for the other new release, The Big Wedding didn’t invite enough guests. Here are the studio estimates:

While Pain & Gain’s opening weekend may fall in the mediocre category – considering it features mega-stars Mark Wahlberg and Dwayne Johnson, and is directed by Michael Bay – it probably did just enough to eventually recover its production budget of $25 million. If it can muster enough power to reach $50 million on the domestic front, the DVD/On-Demand run at the end of the summer should be able to make up the difference and earn a profit.

The Big Wedding is going to be a Big Flop. The ensemble cast comedy just didn’t have any buzz and will be forced to suffer thanks to a $35 million production budget.

Somehow, Olympus Has Fallen currently holds the longest streak in the top ten with 6 weeks. Its domestic total is up to $93 million off a production budget of $70 million; which suggests…

Moviegoers are craving the thrills of the summer movie season. And it all starts this Friday with Iron Man 3. Reviews will be right here my fellow Shockers! 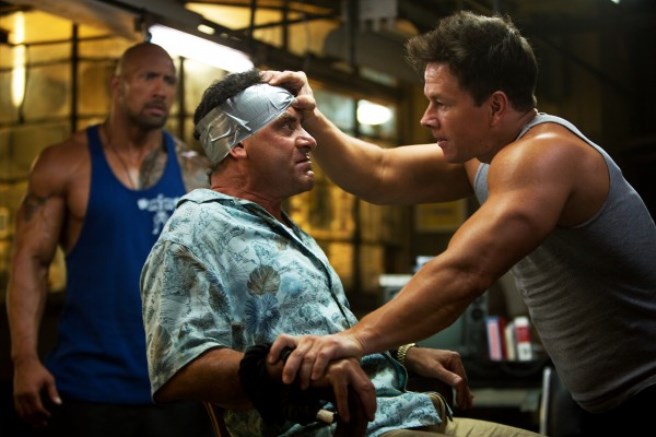