Executive Producer J.J. Abrams is currently in negotiations to adapt the time travel novel 11/22/63 from author Stephen King. As reported by Entertainment Weekly, Abrams in talks with Warner Bros. TV to take on the story that sees a teacher travel back in time five years prior to the assassination of John F. Kennedy. After adjusting to the times, King’s lead character tracks down Lee Harvey Oswald to try and prevent the president’s death on November 22, 1963. Abrams, who would produce the TV series through his production house Bad Robot, is the latest talent to take on an adaption of King’s. The bestselling author is also bringing his story Under the Dome to the small screen with the help of E.T. director Stephen Spielberg. The series is slated to debut on CBS this coming summer.

At the moment Abrams is preparing to direct Stars Wars 7 with the help of George Lucas. “We still have George Lucas with us to go to and ask questions and get his feedback on things, which I certainly will do,” Abrams said. Harrison Ford, Mark Hamill, and Carrie Fisher are rumored to be part of the cast with actual confirmation regarding the details of the plot being kept under wraps. 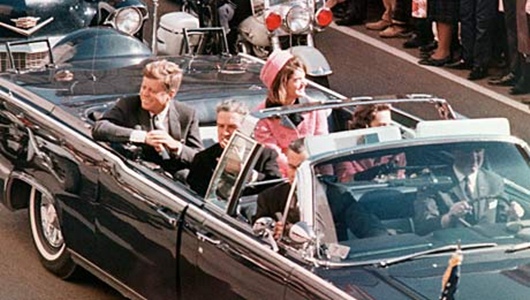