Unfolding in the urban slums of India, documentary “The Revolutionary Optimists” attacks the notion that where one is born should alone determine their prospects for health and happiness. If Whitney Houston’s soaring voice once awakened a populace to the notion that children are our future, “The Revolutionary Optimists” again highlights the fact that the best chances for change lie not in the simple rescue of adolescents, but in empowering them to become agents of change.

The movie centers on Amlan Ganguly, an ex-lawyer and the charismatic founder of Prayasam, a Kolkata-based NGO. Known as “Dada” to all the kids of the neighborhood, Ganguly pushes and cajoles them, demanding that they help work for better futures. He’s up against some difficult and troubling statistics; 12 percent of children ages five to 14 in India work, and 47 percent of girls are married by their 18th birthdays. These and other factors contribute to a deficit of hope, a tamping down of aspiration levels, Ganguly admits.

Nowhere is this more evident than in the community’s push for drinking water from tap faucets for which they don’t have to walk several miles, and stand in line. This struggle — with five years of promises from the local councilman — forms the backbone of the movie, but Ganguly’s efforts are manifold. There’s Baby Singh, the owner of the local brickyard whom Ganguly convinces to open a school, even though he’s not thrilled with her labor practices. And there’s the traditional dance classes he enjoys with the young girls, as a means of trying to introduce them to broader social horizons.

Co-directed by Nicole Newnham and Maren Grainger-Monsen, “The Revolutionary Optimists” doesn’t quite wrestle to the ground a more focused dramatic through line; it’s sometimes rather unclear in marking time or elucidating consequences, which impacts its connection a bit. But neither does the film ever lose its capacity to casually shock or move a viewer, as when Ganguly, in an exercise called “The River of Life” meant to showcase the fact that life has tribulations, shares with the children that he was raped by a family caretaker when he was six years old. It’s a stunning moment, rendered more amazing by Ganguly’s explanation of how he used that terrible moment to focus his life.

The real stars of “The Revolutionary Optimists,” though, are 11-year-olds Salim Sheikh and Shikha Patra, who exhibit a preternatural sense of buoyant confidence in working to solve the drinking water problem and further better their community. Their personalities are a reminder that the power of hope is neither a myth nor the provenance of American exceptionalism, but instead a universal fuel.

NOTE: For more information, visit the movie’s website at www.RevolutionaryOptimists.org. 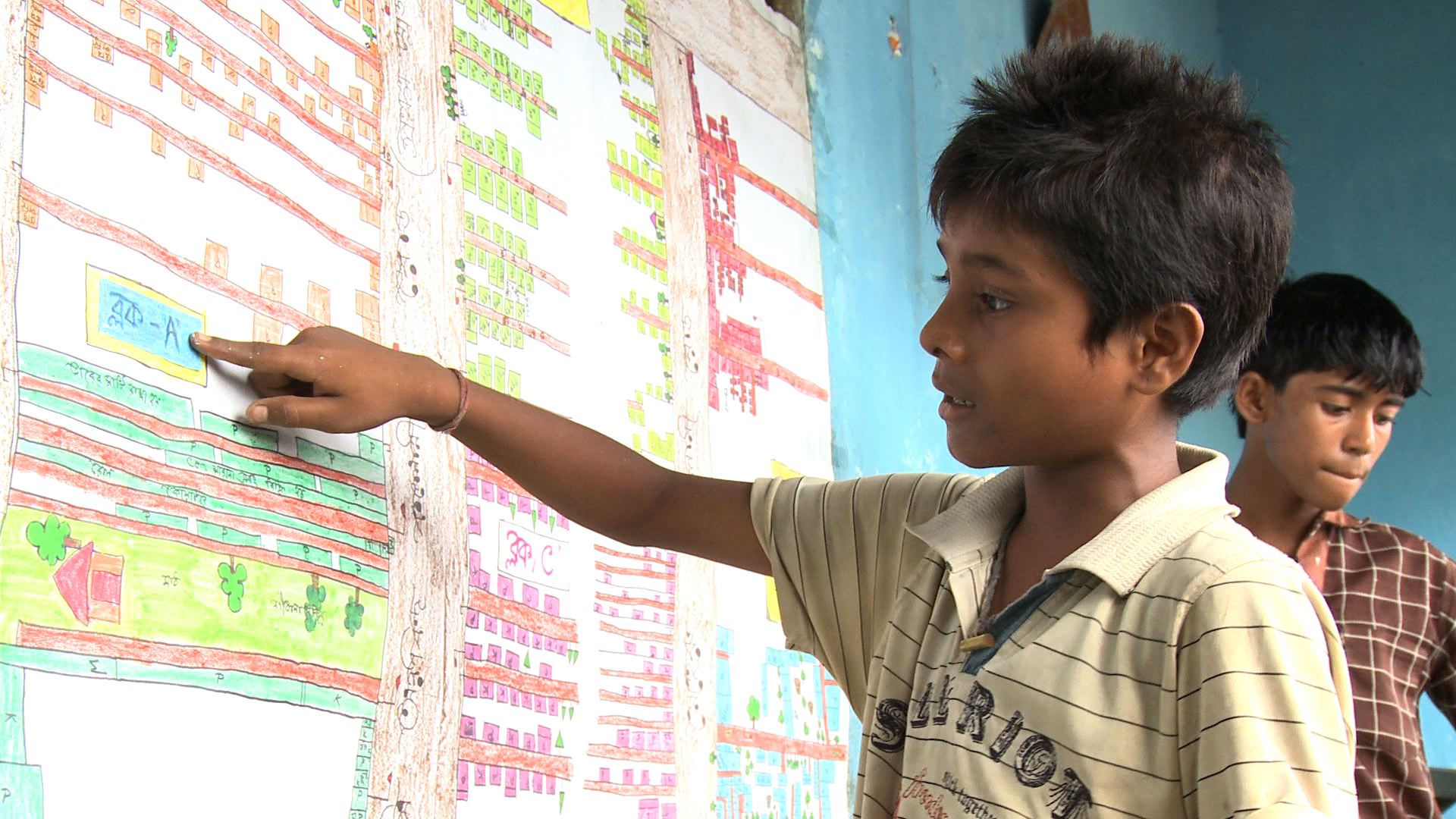