The kick off of 90s pop occurred more than a decade ago, but the genre has only progressed since the domination days of Britney Spears. I thought the aftermath of “…. Baby One More Time” would be long gone by now, but I am thoroughly pleased with how pop music has gone on to include a wide variety of genres, such as rock, rhythm and blues and rap. Transformation is key to persisting in the music industry and pop music has done just that.

While it is difficult to compare pop lyrics and vocals with those of more “introverted” genres, I do think the ability to make a commercial success is something that needs to be valued just as strongly. Creating a “catchy” song that also showcases the strength of an artist is a rare finding. So, when Shockya comes across this diamond in the rough, you, readers, deserve to hear it.

The latest pop diva to “surface” is the singer/songwriter, Guinevere. The avid fan of all things geek recently released the music video for her sophomore single, “Fly Away”. Produced by Cirkut of Dr. Luke’s camp (Ke$ha, Rihanna and Katy Perry), “Fly Away” is climbing the dance charts, peaking so far at #9. The music video has garnered around 100,000 views and earned Guinevere a spot on VEVO’s emerging artist list.

Check out the video below, which celebrates this past weekend’s “National Star Wars Day” with some Stormtroopers.

For more information on Guinevere, head on over to her official site. 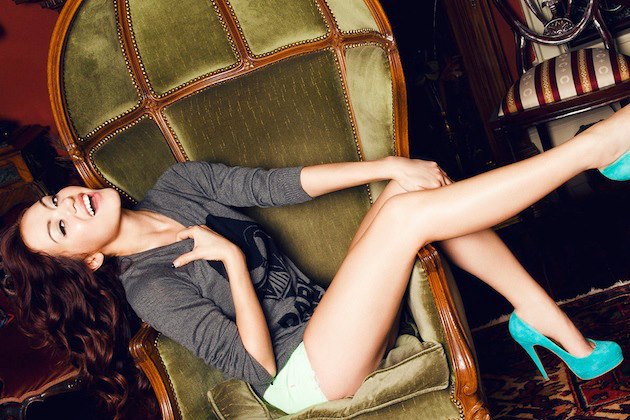