Welcome readers to a new feature, “Shockya’s Artist Of The Week”. Each week you will be introduced to a new artist or band whose music has garnered a closer look. “Artist Of The Week” is about the collective appeal of an outfit, not the promising nature of a single song. These selections were able to stop my unholy tendencies to quickly click from one new release to the next without “consciously” giving the track a shot. So, here it goes. The first of the batch of awesome bands coming your way is the California rock duo, Deap Vally.

Comprised of Lindsey Troy (guitar, vocals) and Julie Edwards (drums), Deap Vally might as well be the wild child of the flawless rock star, Alison Mosshart of The Kills and Jack White pre-solo career. Therefore, The Dead Weather would be its sibling. That is enough of delving into White’s talented family tree. The tantalizing duo released a four song EP, “Get Deap!”, on April 9th, which is available on the band’s official site. Deap Vally will be dropping their full-length debut, “Sistrionix”, on June 24th via Universal Island Records.

With empowering anthems such as, “Gonna Make My Own Money”, the outfit can turn the most straight-laced conservative woman into a positively outlandish feminist. “Get Deap!” showcases the duo’s ability to ideally blend rock with the blues and create songs that harbor the utmost skill in the music industry, unpredictability. The four tracks off the EP, especially the haunting sound of “End Of The World”, have the vocal and instrumental repetition to establish catchy choruses, but the way Troy and Edwards approach these choruses is a completely bewildering Deap Vally approach. This tactic not only involves an out-of-the-box singing range, but also the technique of including stylistically spoken speech-like vocals within each track, such as on the song “Ain’t Fair”. Rounding out the EP is the lyrical masterpiece, “Lies”. Check out the music video for the tune below.

Deap Vally fully deserve to be the first band inducted into “Shockya’s Artist Of The Week”. Hopefully, Jack White will scoop these ladies up and let Third Man Records release a Deap Vally vinyl.

For more information on the duo, head on over to the band’s official site. 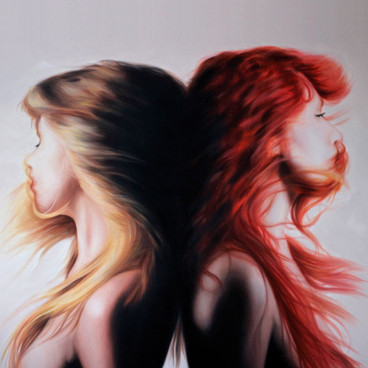