“The Fosters” is joining the ABC Family roster of dramas June 3 at 9/8c and we’ve got an exclusive first look at the new series!

Before we get to that, though, let’s give a little bit of background on the show. “The Fosters” has been brought to ABC Family by executive producer Jennifer Lopez and creators/writers/executive producers Bradley Bredeweg and Peter Paige. The series stars Teri Polo, Sherri Saum, Jake T. Austin, Hayden Byerly, David Lambert, newcomer Maia Mitchell, Danny Nucci and Cierra Ramirez. Here’s more about the show:

“‘The Fosters’ is a compelling, one-hour drama about a multi-ethnic family mix of foster and biological kids being raised by two moms. Stef Foster (Teri Polo), a dedicated police officer, and her partner Lena Adams (Sherri Saum), a school Vice Principal, have built a close-knit, loving family with Stef’s biological son from a previous marriage, Brandon (David Lambert), and their adopted twins, Mariana (Cierra Ramirez) and Jesus (Jake T. Austin). Their lives are disrupted in unexpected ways when Lena meets Callie (Maia Mitchell), a hardened teen with an abusive past who has spent her life in and out of foster homes. Lena and Stef warily welcome Callie into their home thinking it’s just for a few weeks, until a more permanent placement can be found.”

Take a look at the exclusive first look below the post! Learn more about the show at “The Fosters” at the show’s ABC Family page and on Facebook and Twitter. 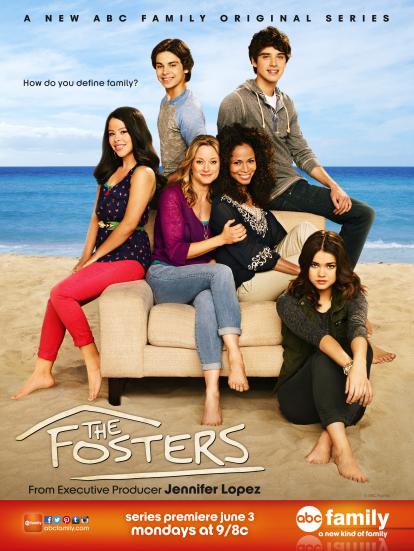