Maintaining the perfect public image, particularly with long-term friends who believe you have the perfect life, is an important goal many people set to maintain. Often times it takes a life altering, catastrophe event that forces people to publicly face the inevitable and admit their mistakes and shortcomings. Struggling to cope with such an sudden and unexpected change is the emotional conflict in the new comedy ‘It’s a Disaster.’ The characters in writer-director Todd Berger’s film are shocked to learn of the sudden impending nuclear Apocalypse that’s initiated during one of their routine gatherings. Facing their inevitable deaths is the main thing that truly makes them question their past actions and choices, and finally admit that their seemingly perfect lives aren’t as flawless as they make them seem.

‘It’s a Disaster’ begins with the high-strung Tracy (Julia Stiles), a doctor with a history of bad relationships, arriving for the couples brunch that her and her six friends have been holding for the past several years. Tracy brings Glen Randolph (David Cross), a man she met online and has recently began dating, to introduce him to her friends. The seemingly friendly Glen is ignorant of the continuously growing problems between the couples, and is naively pushed into their constant fighting.

When Tracy and Glen arrive, the hosts of the brunch, Pete (Blaise Miller) and Emma (Erinn Hayes), appear to be the most functional couple of the relationships in Tracy’s clique. However, they surprisingly are set to announce their divorce to their friends during their meal. Shane (Jeff Grace) and Hedy (America Ferrera), meanwhile, have been engaged for five years and counting, and their relationship status is a sensitive subject within the group. The truly happiest partners, Buck (Kevin Brennan) and Lexi (Rachel Boston), credit their success to an open relationship.

The couples’ unease with each other are heightened when one of Pete and Emma’s neighbors arrives and announces America has been targeted by a nuclear attack, and they are destined to die within hours. When the group’s remaining couple, Gordon (Rob McGillivray) and Jane (Laura Adkin), arrive at the brunch and the friends witness as their illnesses from the radiation rapidly intensify, the group must reexamine their own lives and make tough decisions about their short-lived futures.

Boston generously took the time recently to talk about shooting the independent ‘It’s a Disaster.’ Among other things, the actress discussed how the film’s journey of people becoming liberated and free when they realize how short and fragile life convinced her to take on the role of Lexi; how she and her female co-stars respected how Berger really understand and respect women to have created four very distinct, strong female voices; and how having a limited budget and shooting schedule forced the cast and crew to become creative and make the shoot work, in order to tell a relatable story.

ShockYa (SY): You play Lexi Kivel in the new comedy, ‘It’s a Disaster.’ What was it about the role of Lexi, and the script overall, that convinced you to take on the role?

Rachel Boston (RB): ‘It’s a Disaster’ is a comedy about the end of the world. What starts as an ordinary day, suddenly turns to four very different, confused couples searching for meaning as the world may or may not be ending. All the walls we’ve built up fall down and the truth comes out. People become liberated and free when they realize how short and fragile life is and matters of the heart become most important. I liked that journey.

Lexi was really fun to play. She’s wild and doesn’t live in the same reality as the people around her. My friend, who just saw the film, sent me a poster that says, “At the end of life, what really matters is not what we bought but what we built; not what we got but what we shared; not our competence but our character; and not our success, but our significance. Live a life that matters. Live a life of love.”

SY: How did you become involved in the film? Did you have to audition for the character of Lexi, or did the movie’s director, Todd Berger, approach you with the role?

RB: I was on my way to the airport when I was emailed the script, so I read it for the first time in the sky. I laughed through the whole flight. Todd wrote a very funny, character driven story. Todd and a few of the producers had seen me in a film called ‘The Pill’ and thought of me for Lexi, so I was very fortunate.

RB: Julia, America, Erinn and I were all talking about this right before we started filming. We were saying he must really understand and respect women to have created four very distinct, strong female voices. It is wonderful to work with a director who understands the journey of each character so deeply because he wrote and created the entire world we are living in. Todd is a highly creative soul, so it is always inspiring to be on a set where everyone is so excited to bring the story to life.

SY: What was the process of working with Todd, as both a writer and director, on the set? Did you work with Todd to develop the character of Lexi before you began shooting the comedy?

RB: The day I read the script we spoke on the phone about Lexi. When he was writing ‘It’s a Disaster,’ he told me he had visualized each character in a different stage of grief. Lexi is still in the stage of denial, so that was a wonderful place to start.

When I was back in LA, Todd and I met at a coffee shop and went through the script. We talked about all the relationships in the film and Lexi’s journey as she finally accepts that the end of the world is real. My husband Buck (Kevin Brennan) is a musician and when Todd found out I played the glockenspiel, he wrote it into the script. So that’s how it all came together.

SY: ‘It’s a Disaster’ is an ensemble film that also features such actors as Julia Stiles, David Cross and America Ferrera. What were your working relationships with your co-stars like while you were filming? Did you have any rehearsal time with them before you actually began filming the movie?

RB: It happened fast! We only had 14 days to shoot. David and Julia flew in from New York, we had a table read and a girls night, and then we all started filming. We were on an indie budget, so we didn’t have trailers, but the producers rented a house across the street from the house where we were filming. Between takes and during lunch, we would walk from one house to the other house, so we were together all day.

SY: Speaking of the short shooting schedule, ‘It’s A Disaster’ is an independent movie that had a limited budget. Did having that small budget influence the way you could shoot the movie at all, or how you portrayed Lexi?

RB: Yes, and it was about 104 degrees in the house where we were filming, so that definitely heightened our end of the world emotions. When you have limited time to make a film, you get creative and make it work. We had an amazing crew. Oh, and Kevin and I had a musical number, so we set up rehearsals in the front yard. Between takes we had a little music studio next to a flower garden.

SY: You have appeared in several independent films throughout your career, including ‘It’s a Disaster,’ ‘The Pill’ and ‘Black Marigolds.’ What is it about independent movies that you enjoy so much?

RB: I love so much about filmmaking. Once I started producing, my heart found a new home. Independent films become a little family. When we were filming ‘The Pill,’ Noah Bean and I rode the subway home after filming nights in New York. Then during ‘Black Marigolds,’ we were living in a cabin on a mountain, so we wandered through the woods together. It’s an adventure with a lot of heart, and I tend to go where the heart is.

SY: The film has been released in select theaters across America and on VOD. Do you enjoy watching films On Demand, or do you prefer seeing them in theaters? Do you hope that audiences across America will be able to see the film, since it is on VOD?

SY: You spoke with Shockya in January 2012 while promoting ‘The Pill,’ and you briefly discussed filming ‘It’s a Disaster.’ What are your feelings about seeing ‘It’s A Disaster’ being released over a year later? Do you still feel connected to the role of Lexi, and the movie overall?

RB: I had an allergy adventure at one of the screenings in LA last month, which was both hysterical and terrifying. Kevin, who plays my husband in the film, ran out to get help. I was reminded once again how sensitive we are and how wonderful it is to be surrounded by kind, caring, compassionate hearts on this earth. Once I started breathing, I couldn’t stop hugging everyone. So much has happened in everyone’s life since we made this film, so it’s nice to reconnect and relive the experience now that it is out for the world to see.

SY: ‘It’s a Disaster’ played at last year’s Los Angeles Film Festival. What was your reaction when you found out the movie would be playing there? What kind of reaction did you receive from audiences who saw the film there?

RB: We were thrilled and honored to play at the Los Angeles Film Festival. It’s a wonderful festival! I was filming a Christmas musical at the time, so I wasn’t there for the screening. But our producers made wonderful connections and it helped lead to distribution through Oscilliscope. Hopefully I will have another film there soon!

SY: Besides acting in films, you have also appeared on several television shows, most recently with the shows ‘In Plain Sight’ and ‘Scoundrels.’ Would you be interested in returning to television in the future?

RB: Yes, I am about to return to television!

SY: Do you have any upcoming projects lined up that you can discuss?

RB: I start filming a new TV series called ‘Witches of East End’ this summer (Boston plays Ingrid Beauchamp.) It’s a wonderful cast and we have an incredible executive producer and team of writers. The story is about a family of witches who live in the small town of Fair Haven. When my sister Freya (Jenna Dewan Tatum) and I are born, our mom Joanna (Julia Ormond) casts a spell on us so we don’t actually know we have magical powers, but we do realize we are different.

Through a series of events in the town, our mom tells us we have supernatural gifts and we have to step into our strength to help our community and fulfill our destiny. It’s a magical world, and I’m excited to start filming. It will be on Lifetime this fall. 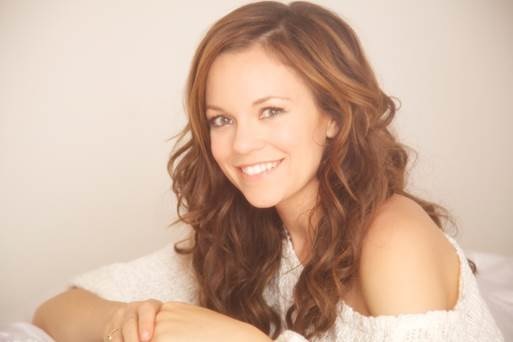