As of May 7th, I have been eagerly awaiting to feature the multi-faceted outfit, Fitz And The Tantrums, in Shockya’s “Artist Of The Week”. This past Tuesday, the sextet dropped their sophomore album, “More Than Just A Dream” via Elektra Records. Founded by Michael Fitzpatrick (vocals) in 2008, Fitz And The Tantrums, which consists of Noelle Scaggs (vocals), James King (saxophonist), John Wicks (drums), Joseph Karnes (bassist) and Jeremy Ruzumna (keyboardist), released their debut EP, “Songs For A Breakup, Vol.1” in 2009 and the following year dropped their first full-length, “Pickin’ Up The Pieces”. Solidifying them as a breakout band, “Pickin’ Up The Pieces”, revamped classic Motown music by adding a modern indie touch. The group’s sophomore release, “More Than Just A Dream”, happily expands this eclectic music palette even further.

The progression from their debut studio album to “More Than Just A Dream” ideally showcases how a band can “better” themselves after an initial release. Fitz and The Tantrums’ original soulful sound is intact on the sophomore album, but is also positively joined by elements from the electronica, hip-hop and R&B genres. Highlighted by the tracks, “MerryGoRound”, “6am”, “Break The Walls” and “Out Of My League”, the 12 song release is fueled by catchy lyrical arrangements and dance-infused instrumental melodies, which is combination suited for summer music tastes. Impressively missing the mark of becoming a one-trick-pony, Fitz and The Tantrums will garner mainstream success and move beyond the airwaves of Sirius XM Alt Nation in the most fitting fashion, not compromising their core sound to earn it.

The outfit recently celebrated the release of “More Than Just A Dream” on “Jimmy Kimmel Live”, where they performed their hit single, “Out Of My League”, and “ The Walker”. Check out the videos below.

For the latest information on Fitz And The Tantrums, head on over to the group’s official site and to get your copy of “More Than Just A Dream” click here. 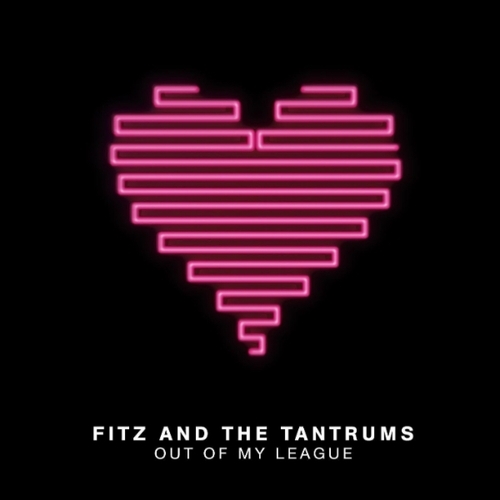 Cancel reply
Amy Grant Is Back With “How Mercy Looks From Here”
Interview: Angie Miller Talks About Competing on American Idol
To Top