Obtaining longevity in the music industry is an achievement that is severely underappreciated amongst listeners. Within those “break” years of an artist’s career, there most likely had been a slew of new “it” girls. These already established-singers need to persist passed that change, which is much more easily said than it is done. If it were that simple, garnering fame would be a mindless task.

Further solidifying her title as the “Queen Of Christian Pop”, Singer/songwriter, Amy Grant, will be releasing her first studio album in 10 years on May 14th. She took a decade off, but Grant is still the best-selling contemporary Christian music singer ever, having sold over 30 million units worldwide. Winning 6 Grammys, 25 Gospel Music Association Dove Awards, Grant had the first ever-Christian album, “Heart In Motion”, to go platinum. As if all those precedents weren’t enough, she was also given a star on the Hollywood Walk of Fame in 2005.

Don’t file away Grant just as a mere Christian singer because her fan base goes beyond gospel fans and well into the mainstream music scene. “Find A Way”, which is a track off of her ninth album, “Unguarded”, was the first Christian song to hit Billboard’s Top 50 list and also reached No. 7 on the Adult Contemporary chart. Her tune, “Stay For Awhile” charted at No.5 on Billboard in 1986 and she finally hit No.1 with “The Next Time I Fall,” a duet with Chicago’s Peter Cetera.

In case you haven’t realized yet, the new album news from Amy Grant is big news. On her upcoming album, “How Mercy Looks From Here”, Grant will be joined by an array of iconic singers, such as James Taylor, Carole King, Sheryl Crow, Eric Pasay, Will Hoge and Vince Gill. For more information on her “comeback” and to purchase the album’s single, “Don’t Try So Hard”, head on over to Grant’s official site.

Check out the video of Grant discussing her upcoming release by clicking here. 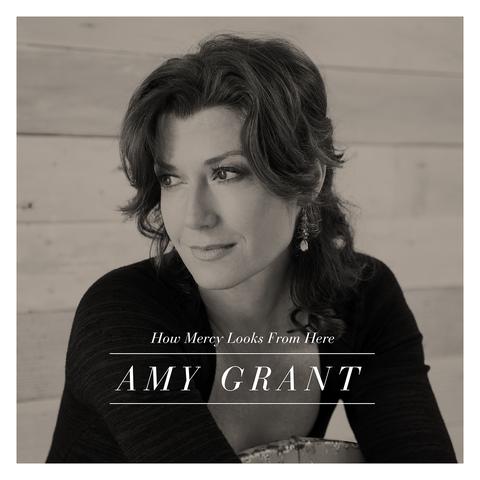