Somehow during the indie rock influx, the tongue in cheek charm of Vans Warped Tour bands got ousted from the 21st Century rock genre. In case you’ve never been to the festival, Warped Tour is typically infiltrated by the self-deemed rebels of high school. Outfits, such as Paramore, AFI, The Academy Is…, Bayside, Bowling For Soup, Thrice, The Starting Line, Something Corporate, Jimmy Eat World, Jack’s Mannequin and Good Charlotte, have all donned the stage at least one time in their career. Lately, the punk rock sub-category has been on the bench and the trendy ways of hipster rock has been at the forefront of the music scene.

Everyone loves a good comeback story, especially when Lindsay Lohan and Amanda Bynes haven’t been upholding their own tales. Let’s bring back the days of punk rock, but with a modern twist. San Francisco quartet, Beta State, is the group to do just that. The band will be releasing a new full-length album, “#FRIENDSHIP”, on May 21st. The deluxe album includes ten original tracks, one cover and nine remixes. Produced by Erik Ron (Panic! At The Disco, Hit The Lights), “#FRIENDSHIP” is available for pre-order on the band’s offical site. You can hear a sneak peak of the upcoming release here.

The punk rock genre has continuously been a prized sound for its bare and stripped down instrumentals coupled with vividly angst vocals. Beta State brings exactly that to the table just with a stronger emphasis on rock, rather than punk, which in 2013 is the right modern touch. To clear up any confusion, Beta State will not be performing at this year’s Vans Warped Tour, but I have a hunch this outfit will be able to positively circumvent it and head straight on over to the air waves of SiriusXM Alt Nation. 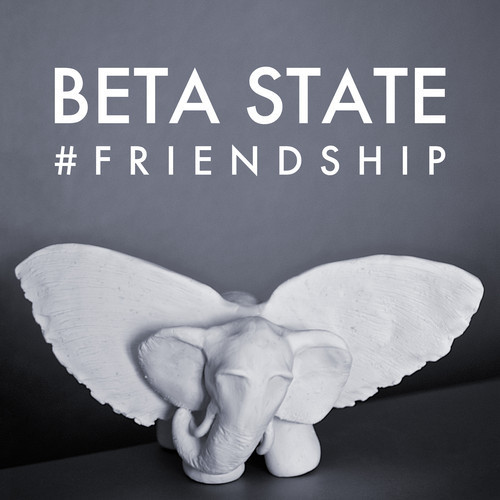