The legend of Yamashita’s Gold drives a rich treasure hunter, his “golddigger” girlfriend, a researcher, engineer and some armed mercenaries as protection to the middle of the jungle in Indonesia. They are shot at by some unknown gunmen and are forced into a mine which caves in on them after a convenient grenade blast.  The team venture downward where they discover the mine was converted into an underground bunker by the Japanese during WWII.  Deep into the bunker they encounter some murderous mutated POW’s and an army of chemically altered super soldiers dressed as samurai who will soon show their talents on the small group of treasure seekers.

Cut to the chase: This is a predictable horror/action flick that drags for about 90 minutes.

The Negative: This movie is sloooooow. Nothing really significant happens for the majority of the film. When the woman finds the syringe, I knew exactly what she was going to do with it. The make-up effects of the old Japanese soldier and the faces of the “monster men” looked rubber. I’ve seen backyard low budget horror films that have looked better.

The positive: There’s some decent gore effect of a compound fracture.

This isn’t a film for people with ADD. I got bored and started to drift off about halfway through the film. There aren’t any subtitles when the actors are speaking Japanese, and some of the accents are pretty heavy so it was difficult to understand at times when they got around to translating to the other actors in English.  The premise was interesting, though not enough force myself to sit through it more than once. 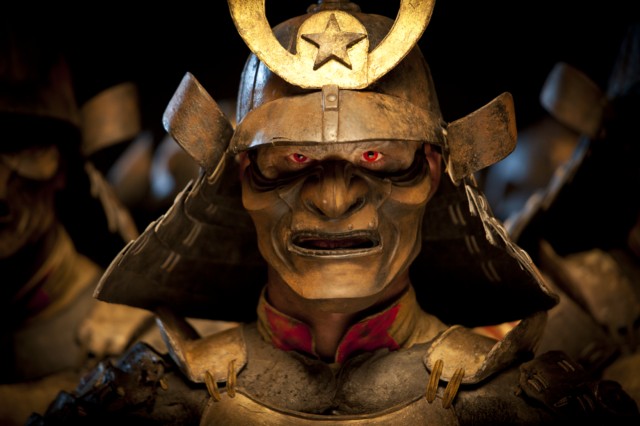