Directed by Katie Aselton (‘The Freebie’)

Childhood friends who have known each other for years often have a tendency to drift apart as they enter adulthood, and begin to develop their own ideas what their lives should be like and what would truly make them happy. But there’s often is one person who becomes stuck in the middle of their friends’ continued fighting, who takes it upon themselves to take whatever means necessary to bring the group back together, no matter what the consequences. That’s certainly the case with the three main female characters in the new independent horror thriller, ‘Black Rock.’ While the three women struggle to find a place of peace between them again, and try to overcome their emotional differences, they also face the terrifying experience of bonding together to save each other’s lives in the midst of a surprising brutal attack.

‘Black Rock’ follows three estranged lifelong friends-Sarah (Kate Bosworth), Abby (Katie Aselton) and Lou (Lake Bell)-who get together for a weekend of camping at one of the iconic settings of their childhood, the empty title island off the coast of Maine. While trying to renew their bond of sisterhood, they quickly discover that they’re not alone on the island; they encounter recently returned servicemen-Henry (Will Bouvier), Alex (Anslem Richardson) and Derek (Jay Paulson), the latter of whom they’ve known from their school days-who are camping in an unsuccessful effort to hunt. A misunderstanding between the two groups quickly turns to tragedy, and the three women soon discover that they’re now the men’s target in their hunting. What started as a simple getaway to remember old times is now a race for survival, as the three ordinary women must use extraordinary strength to beat the odds against the violence of their captors.

While ‘Black Rock’ is Aselton’s second directorial effort, after the 2010 romantic comedy-drama ‘The Freebie,’ the helmer understood the bonding and strains between the three female characters. She naturally built upon the lengths they would go to in order to protect themselves in times of crisis, which her husband, Mark Duplass, wrote in the film’s screenplay. Aselton smartly cast Bosworth, Bell and herself in the lead roles, as the three naturally start the story with a sense of unease among their characters. While they grew up together in a small town and always knew how to rely on each other, their lives realistically change as they grew into adulthood, and they no longer know how to rely on each other as their opinions change. After Lou perpetrated an indiscretion against Abby a few years before the start of the narrative, they never knew how to fix their relationship. Sarah secretly arranging the trip to in an effort to reunite them caused enough strain among the trio to easily make them vulnerable against their attackers.

Aselton captured Abby’s inability to let go of the past and find happiness in the present, and is happy blaming her inability to trust again on Lou’s betrayal, even though she has apologized for her past actions. Bell also naturally showcased Lou’s struggles to create a stable life, and figure out what she wants to do with herself. Not being able to create a strong sense of purpose in her adult life comes from not having a strong family, and Bell easily showcased her character’s difficulty in forging strong bonds after Abby choose not to forgive her. Bosworth showcased Sarah’s struggle and determination to stay neutral in the fight between her friends, and feels the only way for them to reconcile is if she traps them together on an isolated island without any other distractions. She always thinks of a plan to save her friends, whether in fixing their friendship or protecting them from their attackers, and is the only who wants to pull everything together. But Bosworth also intriguingly plays Sarah as not being able to move forward with her life either, even though she tries to rescue everyone else. She’s also stuck in the positive memories of the past, and naively refuses to see the change between her friends and within herself.

Also fortifying the sense of unease amongst the characters, even as they try to reconcile with each other and move forward with their lives, was production designer Erin Staub, who created a naturalistic environment on Flint Island, off the coast of Milbridge, Maine, which stood in for Black Rock. Staub effortlessly created settings that naturally reflected the characters’ moods, from the tranquil, sandy beach the three women arrived on in the beginning of their trip as they tried to find a way to relax around each other, to the wide, menacing, open field where they fought their attackers during an epic battle to save their lives. While the majority of the horror thriller takes place on Black Rock, Staub fashioned the island in such an visually diverse way that doesn’t continuously emphasize the fact that the characters are stuck in one location. The girls instead use their surroundings, whether hiding in threes, forming a plan in their old childhood clubhouse or swimming in the freezing water to try to get to their boat, to find a way to save themselves.

‘Black Rock’ is an ambitious independent horror thriller that was not only directed by a relatively new female filmmaker on a small budget, but was also shot on a treacherous island with the cast doing their own aspiring stunts. Aselton creatively understood the bonding and strains between the three female characters, and the lengths they would go to in order to protect themselves in times of crisis. The director smartly cast Bosworth, Bell and herself in the lead roles, as the three naturally understood the unease among their characters, and the lengths they would go in order to fix their friendships. Aided by intriguing production designs by Staub, who created natural, unique settings for each scene, the film is a fascinating look into the lengths people would go to not only protect themselves, but those they care about. 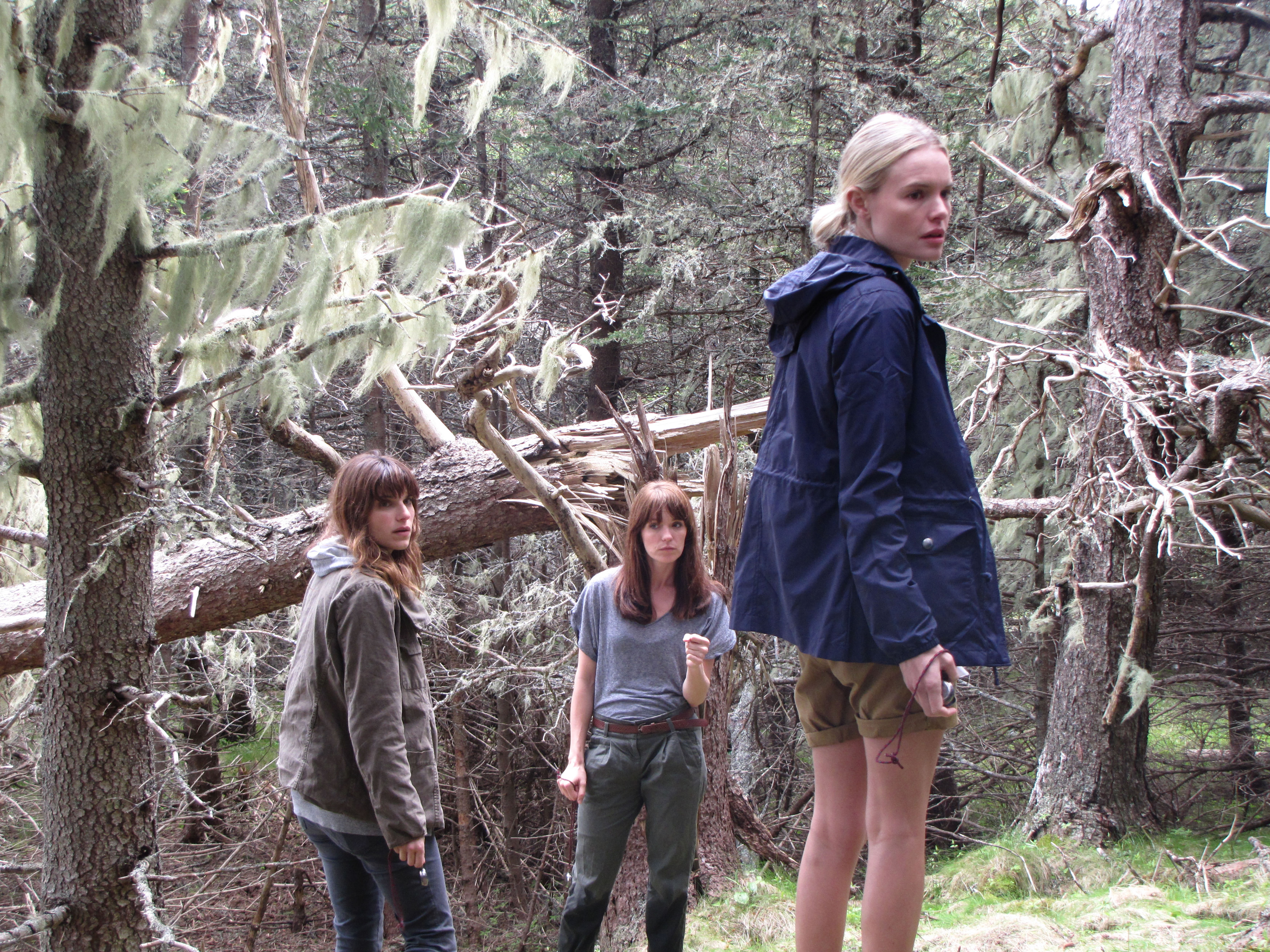