Get ready for another big one. “Star Trek Into Darkness” is the lone newcomer at the box office this weekend, begging the question, will “Iron Man 3” move over enough for it to make a killing or will it hold on strong enough to diminish “Star Trek’s” opening intake? Last year it took four weekends for something to move in and dethrone “The Avengers,” but “The Avengers” also faced more poorly reviewed and hyped material than “Iron Man.” Should “Iron Man” continue on “The Avengers” track, lessening its weekend one to two drop of 58.4% to 50%, it’ll take $35 million this weekend. Should “Star Trek Into Darkness,” come in just under the first film courtesy of the additional competition, it’ll manage to post $70 million for the three day weekend and just under $100 million for four thanks to its early release.

“The Great Gatsby” opened big, but between “Iron Man,” “Star Trek,” and all the other impending summer tentpoles, it could be in for a quick decline. Should “Gatsby” see its opening profits slashed in half, it’ll post $25 million for its second weekend out. Even though “Pain and Gain” doesn’t have all that far to fall anymore, it could still be in for quite the dip this weekend, as it’s losing 693 theaters. If it takes a 45% hit, it’ll only come in with about $2.7 million and that might not be enough to fend off “Tyler Perry Presents Peeples” and “42.”

Even though “Peeples” marks Tyler Perry’s weakest opening by far, that might mean it’ll avoid the typical weekend one to two landslide. With only $4.6 million in the bank for its first weekend out, “Peeples” might only drop 30%, letting the film take in another $3.2 million and hold on to the 4th spot. Even though “42” lost 415 theaters last weekend, it still only dropped 24.2% so considering its theater count is staying the same this time around, there’s no reason to think it’ll drop much more than that, possibly taking in another $3 million.

Both “Oblivion” and “The Croods” inched their way down just a bit last weekend and will likely do the same again. Should “Oblivion” lose 33% of its weekend four profits, it’ll claim another $2.7 million and if “The Croods” gets a boost from the lack of kid-friendly fare, it might manage to drop just 14.1% again for $3 million, bumping both “Pain and Gain” and “Oblivion” down a notch. Fortunately “Mud” is far enough behind that it won’t push that pair down even further. “Mud” isn’t getting another theater boost, but after a 17.3% increase in profits last weekend, it might only lose 25% moving from weekend three to four, giving it another $2 million and the 9th spot.

With a $1.5 million lead on “Oz the Great and Powerful,” “The Big Wedding” should have no trouble snagging the 10th position, even if it dips 45% and only takes another $1.3 million. 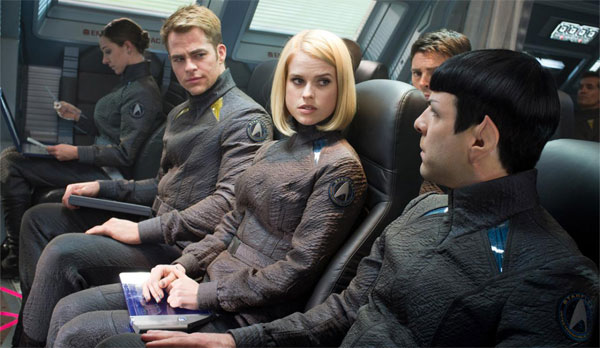