A memorable band name can go a long way in the music industry. Nowadays a catchy title can be just as essential as having a distinct sound. If it weren’t for the inclusion of the ultimate bad girl in the title, The Wanted’s new song, “Walks Like Rihanna”, might as well be tossed into the bin of lackluster boy band pop songs. So, what happens if a band has a solid name and an original sound? Well, that magical combination equates to an enduring career. Canadian outfit, Down With Webster, can attest to that theory.

The genre-blending band recently released the offical music video for their latest single, “One In A Million”. Directed by Aaron A (Nelly Furtado), the video features a live performance from the group in front of various backdrops, which resonate with the emotion of the song. Although I tend to refrain from this overused phrase, Down With Webster are simply “rocking out” in “One In A Million” and the video’s simplistic nature is the ideal route to show an unfamiliar audience why the outfit is worthy of a listen.

Not only does Down With Webster’s band name and song title roll off the tongue, but the group’s sound is just as likely to become ingrained within your minds after a single play.

You can now purchase “One In A Million” on iTunes. For more information on Down With Webster, check out the band’s Facebook page. 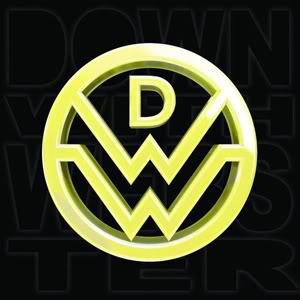 Cancel reply
Get Out Of Your Midweek Funk With Citadel
Win A Cool Aquabats Prize Pack Via ShockYa’s Twitter Giveaway!
To Top