The box office results for the weekend of May 17th – 19th is all about Star Trek Into Darkness. J.J. Abrams sequel to his successful 2009 relaunch of the lauded sci-fi series didn’t quite reach the universal masses as planned, but it didn’t lose any speed either on its way to claiming top honors around the world. Here are the studio estimates:

Star Trek Into Darkness went with the often-utilized Wednesday summer movie season opening, and when factoring in those days in addition to the weekend, its domestic total has flown to $84 million. In comparison, the 2009 release snagged $75.2 during the standard Fri-Sun frame and rose to $87.2 over its first 4 days. Paramount was expecting a five-day total of around $100 million. And perhaps this performance could be a construed as a letdown when considering a bunch of heavy hitters (Fast & Furious 6, The Hangover Part III) are set to join the party this coming Memorial Day weekend, which will definitely vie for moviegoers attention (cash). Also, the first installment didn’t experience the usual lopsided overseas totals to pad the stats (domestic was higher than international grosses in 2009), therefore, the $190 million production budget may not be recouped until the DVD/On-Demand run even though the sequel will playing on more screens across the globe and could lead to a potential 50/50 split. Plus, this has the benefit/drawback of being screened in 3D a.k.a. rip-off ticket prices. That being said, this will more than likely amass a total eclipsing $400 million worldwide by the time its theatrical jaunt (roughly 3 months) is complete. As of this report, the worldwide total is just under $160 million.

Iron Man 3 is now up to $337 million stateside, surpassing its franchise predecessors. This is already over a $1 billion worldwide.

With the re-release of Jurassic Park in 3D (ahem, greedy bastards), the flick has become just the 16th to cross the $400 million domestic mark.

The Croods currently hold the longest streak in the top ten with 9 weeks. Domestically, it sits at $176.6 million and has grossed a worldwide total of $537 million off a production budget of $135 million. Go 3D animation! (drips with sarcasm).

This Memorial Day weekend, we get the aforementioned The Hangover Part III (Thurs.), Fast & Furious 6, and the 3D animated Epic. Reviews will be right here my fellow Shockers! 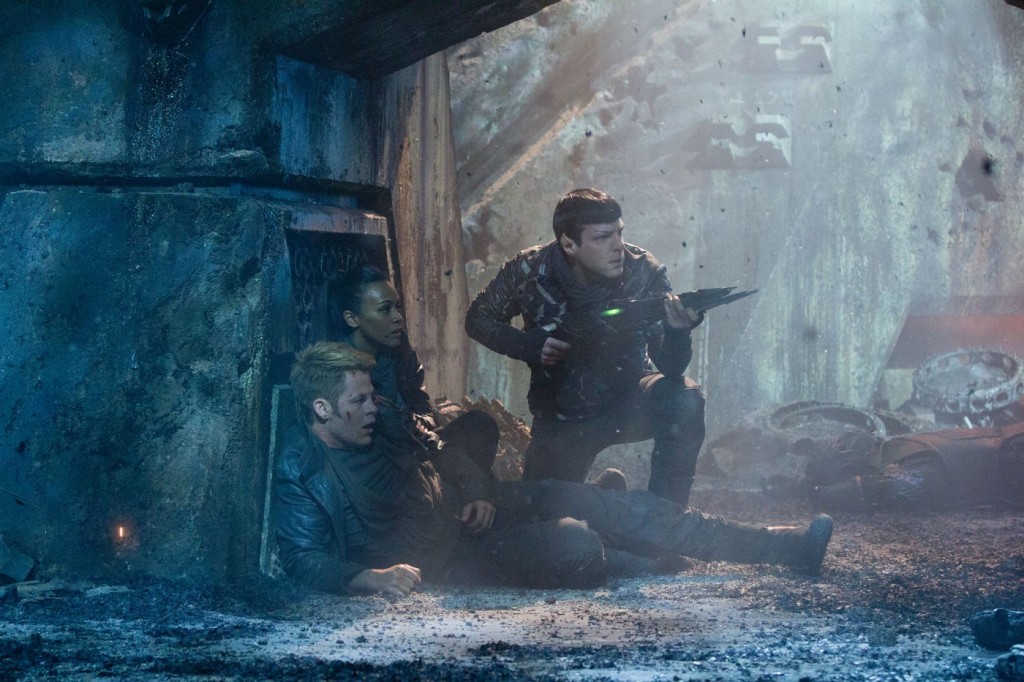