With the fall schedules of the five broadcast networks announced, there’s much to be anticipated. Each network has released detailed previews of a handful of its new shows. Based on trailers and series description, here are this fall’s most promising pilots

This future-set cop show features Karl Urban, who proved his action capabilities in The Bourne Supremacy, as an injured police officer partnered with a robotic companion, played by Michael Ealy (Sleeper Cell, Common Law). The concept is terrific, and as long as it doesn’t disappoint the way Terra Nova did after an ambitious and thrilling pilot, this could be one of the new season’s most innovative and exciting shows.

The Blacklist (NBC – Mondays at 10pm)

Emmy winner James Spader has a unique appeal, part of which is that it’s easy to hate him. Casting him as an international criminal manipulating the FBI to his own mysterious ends is brilliant and sure to allow him ample opportunity to chew scenery at every turn. The show itself looks brutal and bloody, and if it doesn’t descend into its own darkness, the maniacal Spader should keep it grounded and furiously interesting.

Where does Andre Braugher go after his super-serious lead role on Last Resort comes to an end? This cop comedy, opposite one of the funniest recent Saturday Night Live alumni, Andy Samberg, to play straight man captain to Samberg’s loose cannon cop. It’s a recipe for hilarity provided it knows when it’s going over the line and uses the extremely diverse talents of Braugher and Samberg, as well as supporting player Terry Crews, to its advantage.

The Crazy Ones (CBS – Thursdays at 9pm)

It’s always a risk when a movie star decides to do TV, but CBS is clearly putting a lot of faith in this show, which has the prime slot in its new Thursday night comedy lineup. Robin Williams got his start on TV decades ago, and pairing him with an actress formerly relegated to more minor networks, Sarah Michelle Gellar, is a great idea. Letting Williams do his own thing and be as eccentric as possible should work wonders and make for very watchable television.

Think of this as Chuck with Sawyer from Lost in the lead role. Josh Holloway’s return to television is reason enough to watch this show, and making him into the ultimate smooth super-agent is fantastic. With CSI’s Marg Helgenberger and the endearing John Billingsley in the supporting cast, this is sure to be an enthralling spy show with plenty of intrigue.

Marvel’s Avengers franchise is proving to be a box office success, and transplanting everything but the heroes themselves to TV is a major move. Yet this show, anchored by the dependable Clark Gregg as Agent Colson, looks awesome, focusing on skilled agents without powers to track those with special abilities and protect the general public. It even appears competent enough not to have to depend on the movie characters to make cameos, and it could well be the new season’s biggest and best arrival. 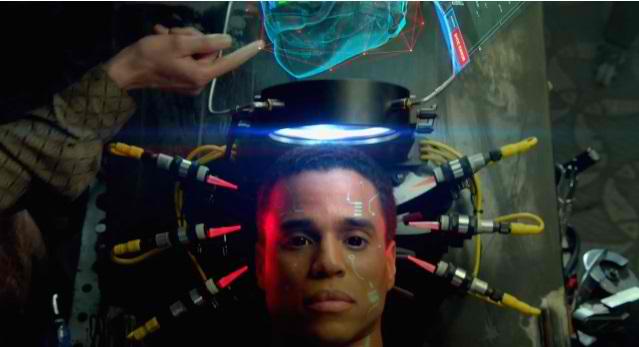