With the fall schedules of the five broadcast networks announced, there’s much to be anticipated. Each network has released detailed previews of a handful of its new shows. Based on trailers and series description, here are this fall’s least promising pilots.

This show has an impressive slate of actors set to play its three brothers – Geoff Stults (The Finder), Chris Lowell (Private Practice), and Parker Young (Suburgatory) – but its premise is outlandish. A comedy about an underperforming troop of soldiers is a shaky concept, and though there might be occasional laughs, this deployment is destined for failure.

These two are grouped together because their trailers hinge entirely on their settings in the 1980s and 1990s, respectively. Enlisting Jeff Garlin from Curb Your Enthusiasm for ABC’s comedy and Christopher Meloni of Law & Order: SVU fame for FOX’s series as the dads struggling to maintain order as their children run wild may mean recognizable faces, but these shows feel painfully familiar. There are only so many decade-specific references a show can utilize before it feels inconsolably old.

A group of people winning the lottery makes for a fascinating premise, and often a complete waste of a show after that. NBC tried it in the summer of 2006 with the short-lived Windfall, and the character archetypes on this show seem hopelessly broad and contrived. The British original, The Syndicate, on which this show is based, did well, but this particular stroke of fortune doesn’t seem like it will be worth watching.

A bar can be a great setting for a show, but this series doesn’t exactly have much potential. The twist here is that the entire season takes place over the course of just one night, which is sure to become tiring quickly. Among the sterling storylines showcased in the trailer are a clueless guy on the rebound and someone set for a blind date who throws up in his date’s purse.

The trailer for this comedy, which joins ABC’s successful Wednesday night lineup, credits its star Rebel Wilson as the scene-stealer from Bridesmaids and Pitch Perfect. Giving her a leading role might make sense, but this platform is truly awful, and the entire pilot appears to be one running joke about Wilson’s character and her friends never going out. 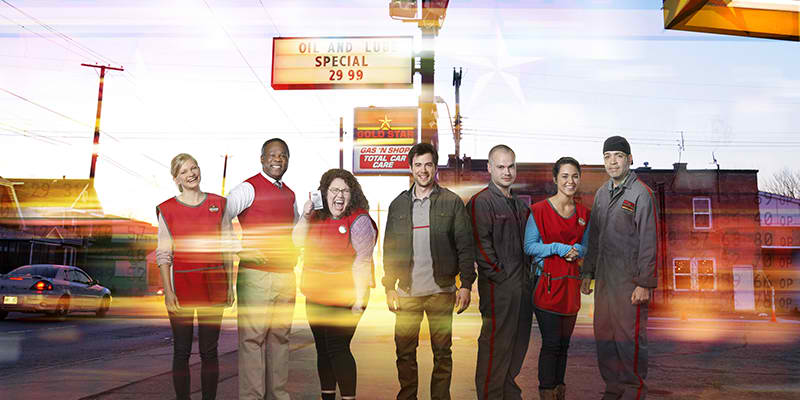