Check Out Images and Video of Muse’s World War Z Performance in London!

“World War Z” will be in theaters June 21, and to get everyone in the mood to fight the zombie apocalypse, Muse performed at the Horse Guards Parade Grounds, St. James’ Park in London, with “World War Z” star Brad Pitt in attendance.

We’ve got some cool video of Pitt posing for the cameras and some of the highlights of the concert. We’ve also got great images from the event.

Are you excited about seeing “World War Z”? Do you have your zombie preparedness plan ready? Tell us about it in the comments section below!

“World War Z” stars Pitt as Gerry Lane, the one man who might be able to save humanity, including his own family, from the onslaught of a zombie plague:

“The story revolves around United Nations employee Gerry Lane (Pitt), who traverses the world in a race against time to stop a pandemic that is toppling armies and governments and threatening to decimate humanity itself.”

The film also stars Mireille Enos and James Badge Dale. The film is based on the popular novel by Max Brooks. You can learn more about “World War Z” at its official site as well as its Facebook page and Twitter page. 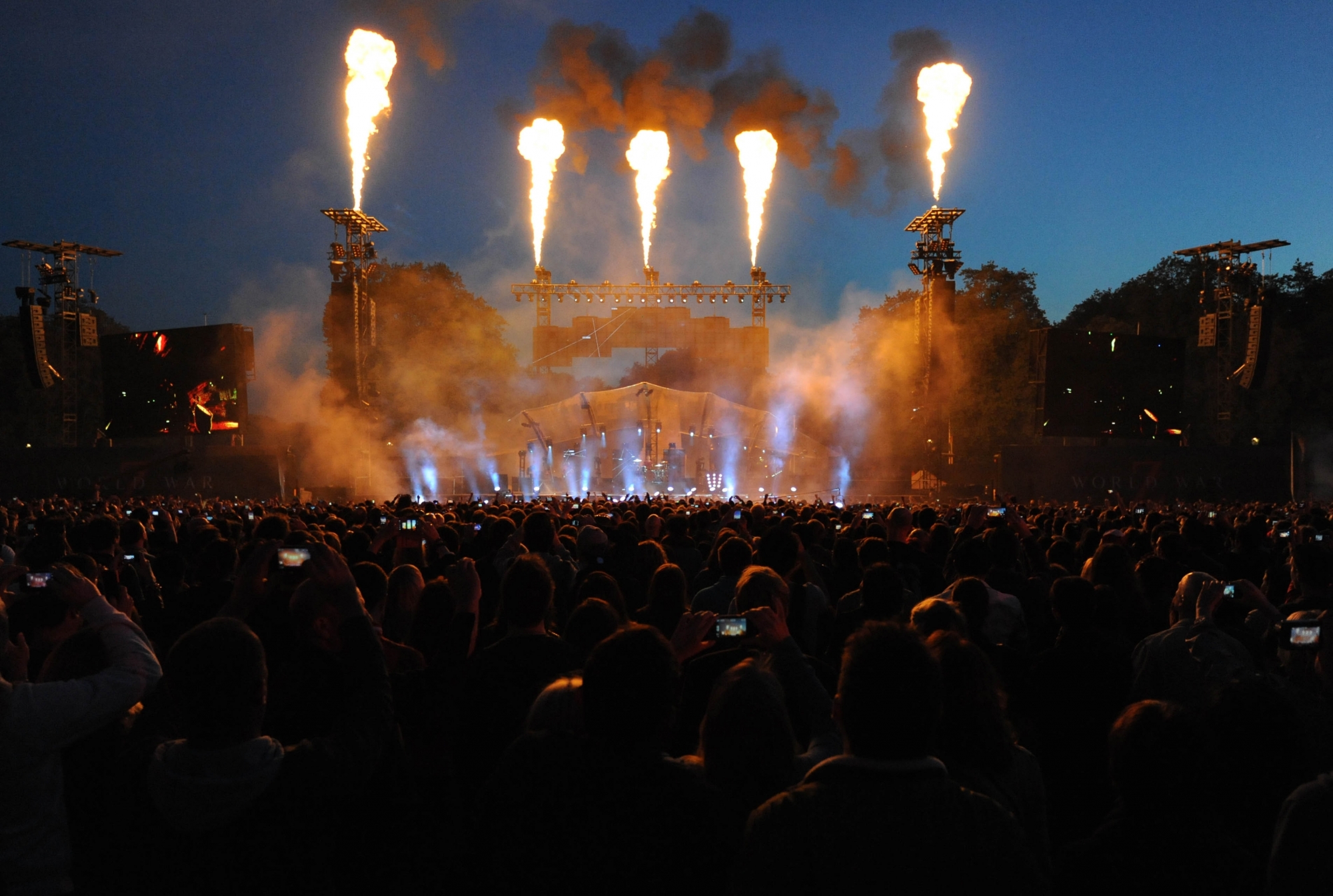