If you’ve never seen the show, start with episode one of season three entitled “That’s My Boy??,” and then go back to the beginning. It’s a flash back episode where we see Rob and Laura Petrie bringing their newborn baby boy Ritchie home from the hospital. Rob is convinced they brought home the wrong baby until he meets the couple of the baby in the next room. The ending is unexpected and the reaction by the audience is hilarious. According to Dick Van Dyke in the commentary, this reaction got the longest laugh by their studio audience in they show’s entire 5 season run, that they had to edit down the laughter in order to make the show’s allotted run-time. One of the producers thought the episode would be seen as offensive, but creator Carl Reiner said the audience’s laughter should be the deciding factor; Reiner proved right.

This Blu-ray is packed with special features. I really appreciated that Dick Van Dyke and Carl Reiner are still around to record commentary on these episodes and point out little details and interesting factoids that went into the show which is over 50 years old, yet it’s amazing that the writing in this show is almost timeless, however it could never be redone. I had never really watched an episode of this show until this DVD and I am sorry it took so long for me to get around to it. The writing is brilliant for its time and the cast chemistry is great. I have become a fan of The Dick Van Dyke Show. 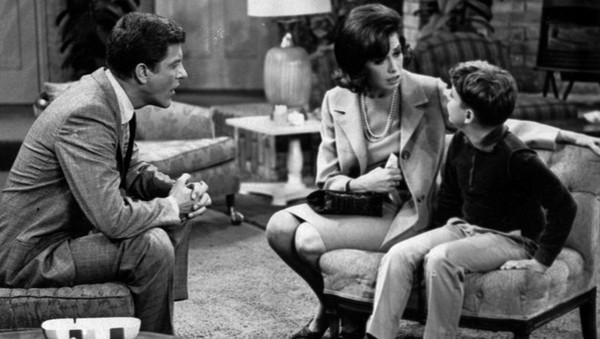 Cancel reply
Tumor: It’s In the System Movie Review
This Is the End Movie Review 2
To Top