The box office results for the weekend of June 14th-16th has Man of Steel etching the name of Superman into the record books. Meanwhile, This Is the End was able to hold its own despite the obvious mismatch battle of new releases. Here are the studio estimates:

Dethroning 2010’s Toy Story 3 ($110 million) for the largest June opening ever, Man of Steel is positioned well from a revenue standpoint. While it rang up an uber-expensive production bill of $225 million, the goal of Warner Bros. is simply to match that number on the domestic front; because the international totals (and sales) will more than likely make up the difference and push this mildly reviewed flick into the black ink. Naturally the 3D ticket pricing will help, yet many critics and audience members are encouraging everyone to see the 2D version so they can experience (which is to say SEE) all the elaborate CGI action sequences. When factoring in the handful of Thursday preview screenings, the domestic total has flown to just over $125 million.

This Is the End played the role of the little smoking (pun intended) engine that could. By providing an alternate to moviegoers that didn’t want to sit on-top of each other in a Superman theater, the R-rated comedy, which opened on Wednesday, is now up to $32.8 million on the home front. With just about everyone praising this, expect this to perform similar to Now You See Me and hang around despite the barrage of branded blockbusters.

Iron Man 3 currently holds the longest streak in the top ten with 7 weeks. In a couple days, it will be the just 17th film to cross the $400 million plateau domestically.

This Friday it’s a toss-up who will get second place as new arrivals World War Z and Monsters University will not be toppling Man of Steel. Reviews will be right here my fellow Shockers! 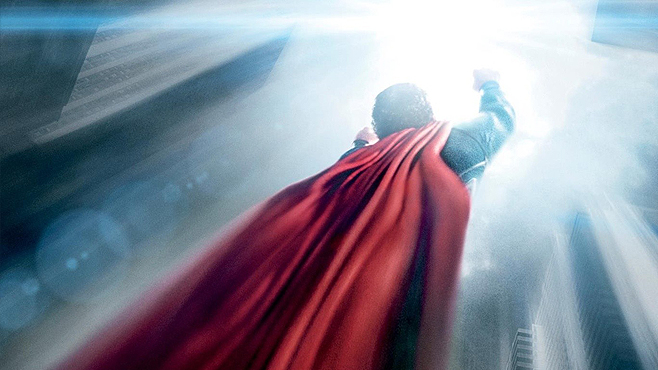