Noomi Rapace is quickly becoming a leading Hollywood star, and her growing resume now includes “Passion.” Film.com debuted this new poster from the film, which stars Rapace and Rachel McAdams as two women battling each other for power:

From screenwriter/director Brian De Palma (The Black Dahlia, The Untouchables, Scarface), PASSION stars leading-actress Rachel McAdams (Midnight in Paris, The Vow) and the talented Noomi Rapace (Prometheus, The Girl With the Dragon Tattoo). Based on the 2010 French thriller Love Crime, PASSION tells the enthralling story of a deadly power struggle between two women in the dog-eat-dog world of international business.

If you want to see the poster for yourself, just click the link above or keep scrolling below the post.

It feels like there’s about to be tons of drama and intrigue in this film, especially since it’s dealing with a career like international business. I’m all about films with career politics, so I’m hoping “Passion” will be as enthralling as it sounds.

“Passion,” also starring Paul Anderson and Karoline Herfurth, is being distributed by eOne Films US. The film will be available August 1 on Ultra VOD and August 30 in theaters.

What do you think about “Passion”? Give your opinions in the comments section below! 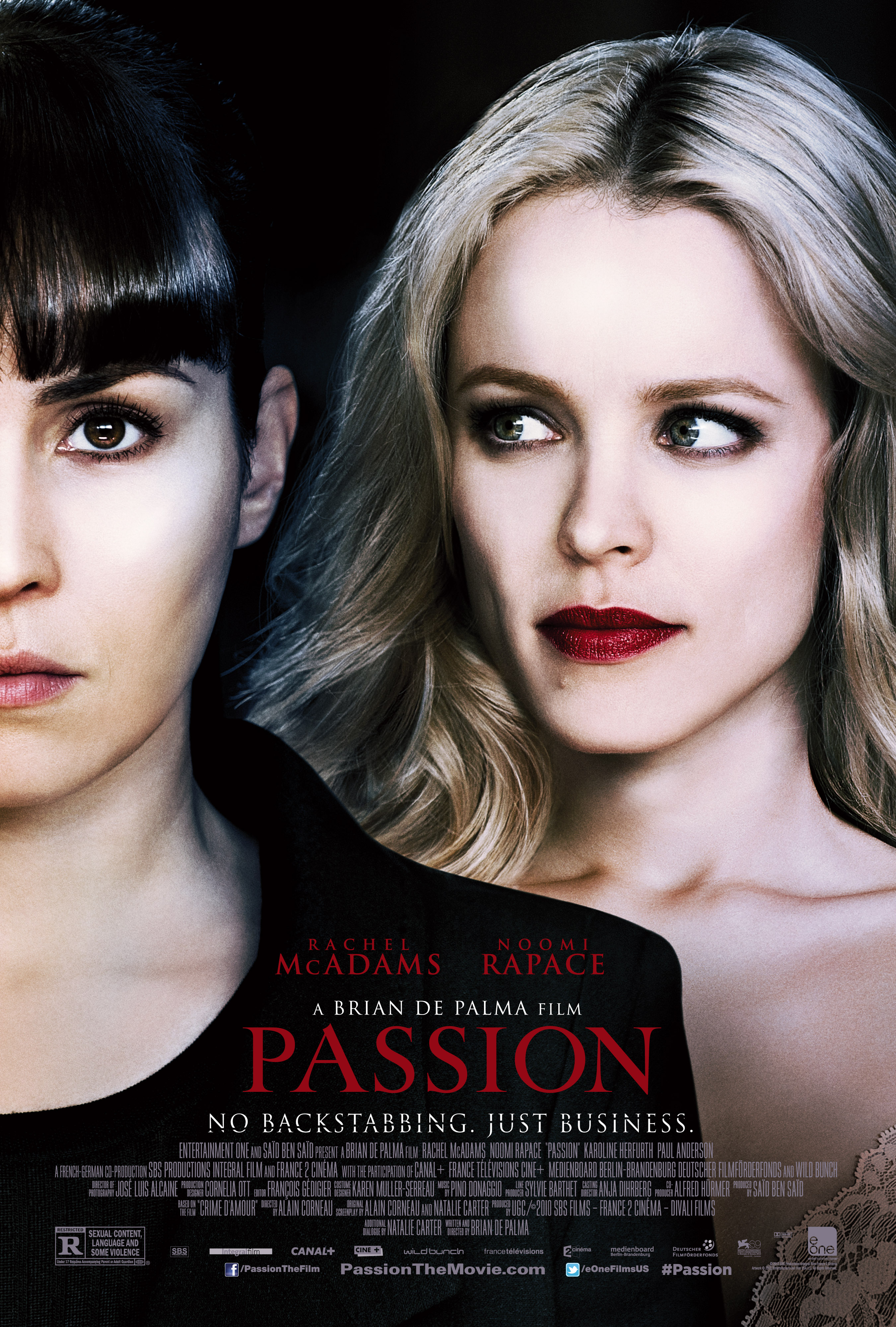