John Carpenter and Jamie Lee Curtis have reunited for new commentary for the upcoming 35th anniversary Blu-ray release of their acclaimed 1978 horror thriller, ‘Halloween.’ Anchor Bay, which will distribute the Blu-ray, has confirmed the news that they’re currently working with the filmmakers of the film on the new release.

Anchor Bay hasn’t released anymore details on the Blu-ray, other than the fact that the director and actress are involved. The Blu-ray and DVD release is expected to be released in October. An official 35th Anniversary ‘Halloween’ convention is also expected to be held on November 15-17 in Pasadena, California, and details are set to be released soon on the 35 Days of Terror website.

There have also been several announcements made on the official ‘Halloween’ Facebook page on the Blu-ray release. Among the posts include:

Big announcements coming soon about the upcoming 35th Anniversary Halloween Blu-Ray release. This will be the greatest version, with exciting extras… Watch this space!

Reunited after 35 years, Jamie Lee Curtis & Director John Carpenter talking about their Halloween memories… It doesn’t get any better than this. Pics and more details coming soon.

Just recorded a commentary track for it with Jaimie Lee Curtis. 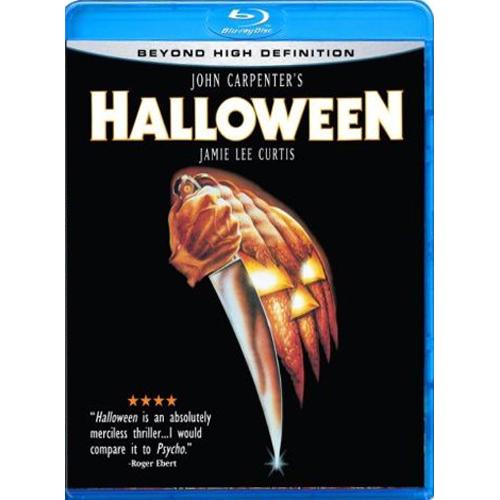