First and foremost, a very happy Father’s Day to all the ShockYa dads out there. Now that that’s a wrap on the family barbeques, why not sit down and relax with a nice dose of movie news?

We’ve got the details on the newest cast member of “Guardians of the Galaxy,” an update on the actors reprising their roles for the “Veronica Mars” movie, and also the status Sandra Bullock’s involvement in “Annie.” Not enough? How about the latest information on the plans to bring “Star Wars” Land to Disney World and an extended look at “Elysium?”

We can’t physically send all the dads out there the Father’s Day gifts they deserve, but we can give you the goods in the form of the hottest movie news the industry has to offer.

1. John C. Reilly Joins “Guardians of the Galaxy:” James Gunn picked up yet another Hollywood heavyweight for “Guardians of the Galaxy,” John C. Reilly. As reported by Deadline, Reilly is officially locked for the role of Rhomann Dey, the leader of the Nova Corps on the planet Xandar. However, when word of Reilly’s involvement first surfaced, HitFix noted that Reilly’s version of Rhomann Dey would be a human character, similar to Agent Coulson. Deadline doesn’t address the human/alien distinction in the article, so without any official confirmation, it’s safest to assume it could still go either way.

2. “Star Wars” Land Coming to Disney World: Disney Land in California just got a nice boost courtesy of a $1 billion makeover including the addition of Cars Land, and now Disney World in Florida could be in for a similar treat. As reported by Theme Park Insider, not only is Disney World getting its very own Cars Land, but Star Wars Land, too. The folks at TheForce.net had a chat with a Disney cast member who confirmed the plans for Star Wars Land are true and that the attraction could include a Cantina-themed restaurant, more interactive elements, a Star Tours upgrade and possibly a brand new ride, too. The only downside is the wait. This is an extensive project so Theme Park Insider is estimating that it’ll require a five-year construction period and could be ready for a 2018 opening. However, as the outlet points out, 2017 marks the 40th anniversary of the franchise, so putting in the time, energy, and funding to hit an earlier opening is certainly possible.

3. Disney Release Date Updates: It’s time to bust out your calendars because Walt Disney Studios just announced a number of release date changes and updates. The Tom Hanks-starrer “Saving Mr. Banks” is moving up so it can have a limited release on December 13th ahead of its wide one on December 20th. The “Muppets” sequel is staying put on March 21, 2014, but it’ll be released under a brand new title – “Muppets Most Wanted.” “Planes: Fire & Rescue” is locked for a July 18, 2014 wide release in 3D while “Alexander and the Terrible, Horrible, No Good, Very Bad Day” took the October 10, 2014 slot. “Tomorrowland’s” original December 19, 2014 release date got bumped up to December 12, 2014 and “Into the Woods” is now locked for Christmas 2014. The Steven Spielberg, Oprah Winfrey and Juliet Blake-produced “The Hundred-Foot Journey” is due on August 8, 2014 and lastly, two untitled Marvel films have been locked for May 6, 2016 and May 5, 2017 debuts. (via Walt Disney Studios Motion Pictures)

4. Sandra Bullock to Join “Annie” as Miss Hannigan: It could be little Quvenzhane Wallis vs. Sandra Bullock in Will Smith and Jay-Z’s “Annie.” According to THR, Bullock is currently in early talks for the role of Miss Hannigan, the evil orphanage supervisor. Bullock was in the same stage of the process for this very project back in March and ultimately declined, but if she and Sony are giving it another go, it’s tough to imagine either party doing so if the odds of striking a deal weren’t more promising. Should Bullock make it official, she’ll join Wallis and Jamie Foxx as a modern Daddy Warbucks for a late fall start.

5. $50 for the “World War Z” VIP Experience: $15.50 is already a nice little chunk to fork over for a 3D movie ticket, but would you be willing to pay $50 bucks if you were actually getting more for your money? I can’t vouch for the worth of the film just yet, but if you opt to buy Fandango’s “Mega Ticket” to “World War Z,” you’ll get admission to an advance screening of the film as well as an HD digital copy of it when it’s available, a pair of “World War Z” collector’s custom 3D glasses, an official limited edition poster, and a small popcorn. Apparently the package is valued at $75, so it’s a good deal – as long as you dig the film. The popcorn should taste good either way, but will you really care much for the poster, glasses and digital copy of the film if it doesn’t live up to your expectations? Hopefully we’ll be able to help you gauge the film’s potential with a review when we screen it early this week.

6. “Veronica Mars” Movie Adds Nine: First came the support of 91,585 backers on Kickstarter, and now the “Veronica Mars” movie gets yet another boost courtesy of 15 show veterans. Back in April Jason Dohring was a lock to reteam with Kristen Bell as Logan, in May Enrico Colantoni officially committed to return to play Veronica’s father, Keith Mars, and this past week, a slew of familiar faces followed suit. First up was Percy Daggs III (Wallace Fennel), Chris Lowell (Piz), and Christine Lakin (Susan Knight), and then came a video message from Francis Capra (Eli “Weevil” Navarro) confirming his involvement, too. Sam Huntington and Amanda Noret were next, with the pair on board to play Luke and Madison Sinclair, respectively. Tina Majorino (Mac) is due to return, too, as is Brandon Hillock to play Deputy Sacks, Kevin Sheridan for Sean Friedrich, and Jonathan Chesner for Corny. Last up, for now, is Krysten Ritter who marks the 15th returning cast member to reprise her role of Gia Goodman. Daran Norris (Cliff), Ken Marino (Vinnie) and Ryan Hansen (Dick) are still missing from the roster, but with Rob Thomas dropping casting updates like crazy this past week, it could be just a matter of days before their involvement is confirmed, too.

7. Judge Rules in Favor of Fox Searchlight Interns: As reported by The New York Times, a Federal District Court judge in Manhattan ruled in favor of the “Black Swan” interns, deciding that Fox Searchlight should have paid them for their work. Because the internships didn’t “foster an educational environment and the studios received the benefits of the work,” Searchlight was in violation of federal and New York minimum wage laws, but a 20th Century Fox spokesman still insisted, “We are very disappointed with the court’s rulings. We believe they are erroneous, and will seek to have them reversed.” On the other hand, one of the production interns responsible for the suit, Eric Glatt, said, “I hope that this sends a very loud and clear message to employers and to students doing these internships, and to the colleges that are cooperating in creating this large pool of free labor — for most for-profit employers, this is illegal.” Judge William H. Pauley III did rule, “unpaid internships should be allowed only in very limited circumstances,” so this case could really make a major difference, possibly even upending the film industry’s reliance on unpaid interns.

8. No Loki in “The Avengers 2:” Loki will return in “Thor: The Dark World,” but Tom Hiddleston could be taking a break from Marvel movies after that because he will not be part of “The Avengers 2.” Writer-director Joss Whedon told the Empire Movie Podcast, “First of all, imitating what I did before is the surest way to do it not as well. Second of all, Loki’s not there to say those terrible things.” Whedon also offered up a more general update on the state of the project: “I’ve turned in a first draft, but the story is very set. Everybody’s very much on board with the exact movie I’m trying to make which is what worked the first time.” Will Loki just be busy with something else during “The Avengers 2” narrative or could the material diverge from the mythology and kill him off in “Thor 2?” We’ll have to wait until November for the answer to that one. (via ComingSoon.net)

9. Trailers: “Elysium,” “300: Rise of an Empire,” “The Hobbit: Desolation of Smaug:” Sony was kind enough to offer up an extended trailer for “Elysium,” but sadly, it’s just not enough – and it’s because it looks so good. This new three minute, 32 second piece feels like a well developed narrative in itself, but at the same time, still serves its purpose and leaves you desperate for more. The new trailer for “300: Rise of an Empire,” on the other hand, will likely just leave you confused unless you know your history. Like the original film, the visuals and battle sequences look incredible, but with no clear story or characters to back them up, they don’t amount to much. We’ve got a similar issue with the very first trailer for “The Hobbit: Desolation of Smaug.” The excitement of seeing old favorites return and new characters join the fight is inherent, but as someone who isn’t familiar with the source material, the trailer feels more like a string of clips just showing everyone back together rather than a promo that teases the continuation of a story.

10. Box Office:
As expected, “Man of Steel” demolished the competition at the box office. Not only did the film take the #1 spot, but it did so with a stellar $113.1 million opening total and a strong $26,879 per theater average. Tack on the film’s overseas intake and that already brings its worldwide haul to $196.7 million, which is just shy of that whopping $225 million production budget. Even though it trails far behind, “This is the End” still enjoyed a decent start, taking in $20.5 million for its first weekend out. “Now You See Me” held on rather strong yet again, dropping just 45.8% and taking another $10.3 million to the bank, bringing its domestic total to just over $80 million, which clears its $75 million production budget. The #4 spot went to “Fast & Furious 6,” which only took $9.4 million courtesy of a 51.9% loss, but that was still enough to trump “The Purge,” which was absolutely demolished by a 75.9% hit, forcing it to follow up its stellar $34.1 million start with a mere $8.2 million second weekend out. (via Box Office Mojo) 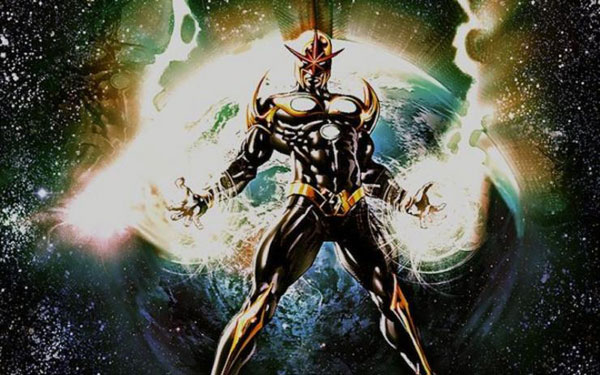 Guardians of the Galaxy’s Rhomann Dey