David Lambert on Playing Brandon Foster in The Fosters

David Lambert is having the time of his life playing Brandon Foster on ABC Family’s newest family drama, “The Fosters.” He recently talked about his time on the show during a conference call, and ShockYa has some cool snippets from the event. Read below to learn more about Lambert, his character and his character’s relationship with mom Callie (Maia Mitchell). “The Fosters” airs on ABC Family Mondays at 9/8c.

On how he found acting:

Acting goes back a little ways for me. I supposed I started with theater growing up. It was mainly a social outlet and it was just kind of something I did for fun. I met a lot of good friends through it so it really kept me involved. Then as I got older, I’d say probably when I got to like seventh or eighth grade, I was living in Atlanta, Georgia at the time and I went for an open call for an agent, a local agent out there, a woman named Joy Purvis and she ended up picking me up. I sort of was just going with it. I wasn’t really taking it seriously at this point. I just wanted to see what would happen. I guess one thing led to the next and I ended up going out to L.A. with my mom and seeing what would happen. I was fortunate enough to see good things happen to me, I ended up working and things just grew from there.

He’s the oldest in his family and he’s the biological son of one of the mothers, Stef, who’s played by Teri Polo. He’s a gifted musician overall, but his instrument of choice is piano. He’s classically trained in piano. He’s always playing really beautiful pieces from Rachmaninoff and all of those guys. He’s brilliant and he’s a very smart kid and a little mature for his age just due to this unique setup that he has with his mothers and with his dad. He’s essentially raised by three parents so it makes for very interesting situations that he just has to deal with very normally because that’s just how it is for him. It kind of gives him an edge over other kids who don’t necessarily have to deal with that. He’s a very fun character for me to play. He’s a really good kid though. He means well and he has a really big heart. Family is everything for him. He loves his family and he would do anything for any of them. So it’s a very special character to be playing.

On Brandon and Callie [Mitchell]’s relationship:

They have a really interesting sort of connection right of the bat. In the pilot he’s really drawn to her and feels the need to help her. It is sort of reciprocated by her, but it’s one of those things where neither really knows what’s happening there. They just understand that there’s this connection. Whether it’ll grow or not it’s kind of up in the air at this point, but they do understand there’s this mutual feeling between the two of them and it’s definitely a special connection. So yes, I guess it’s just one of those things that has to develop over time, but it’s not necessarily set in stone that they are in love or whatever. It’s just one of those odd connections, I would say.

On working with Mitchell and the rest of the cast:

This cast is honestly one of the best casts I’ve ever worked with. It’s one of those things where I go to set and I think that’s the biggest thing that I’m looking forward to is getting to work with these people because everyone—with me, I have such a different connection with all of them and neither is better than the next but it’s such a unique connection with every single person. So every scene is very fun. It’s a really fun experience to work with everyone. Maia’s great. Maia’s really, really awesome. She gives it her all just like everyone else does really. Everyone goes above and beyond to make this show as real as possible. It’s a respect thing. I admire my cast. I really respect them and I think everyone’s super talented. 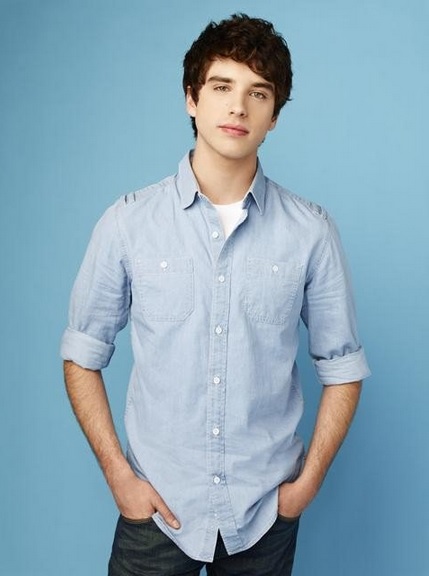