Artist Of The Week: Lorde

While I am forever indebted to Spotify for expanding my music palette, I have just as much adoration for SiriusXM Alt Nation for keeping my playlists current. I hear a new song on Alt Nation and immediately search the artist on Spotify. This pattern allowed me to stumble upon Shockya’s next “Artist Of The Week”, singer and songwriter, Lorde and her infectious single, “Royals”.

The New Zealander, whose actual name is Ella Yelich-O’Connor, had me positively dumbfounded with a single play of “Royals”. Her ability to craft a song that can achieve commercial success while also exuding her “own” distinct sound is both daring and often unattainable for a “newbie” in this industry. Lorde is not only an up and coming artist on the radio waves, but also youngin’ in the real world, which can be referred to as mature 16 year old in the music world. Her debut EP, “The Love Club”, which dropped on March 8th, upholds her well beyond her age wisdom and begs the question, “Why was Justin Bieber ever considered such a rarity of talent for his age?”

Comprised of “Royals”, “The Love Club”, “Million Dollar Bills”, “Bravado” and “Biting Down”, the 5 track EP is lyrically captivating from song to song and collectively conveys Lorde’s hauntingly mysterious vocal chops. The single, “Royals”, sells itself and will have you, Shockya readers, immediately diving right into “The Love Club” EP. While the lead single introduced me to Lorde, “Bravado” has become a standout track with “Biting Down” close behind. The debut has a tempo for every type of a listener, the more somber and the more upbeat. The most taxing job of an artist is showing diversity to stay afloat in the industry and Lorde effortlessly slays this task with her first release.

Whether it was Justin Bieber’s YouTube taping talents or his prepubescent vocal chops or his luck that shot him to fame, Lorde puts the “Amanda Bynes/Lindsay Lohan/Paris Hilton/Tara Reid” fated star in his place, which is way behind her.

Click here to get your much needed copy of Lorde’s “The Love Club”. 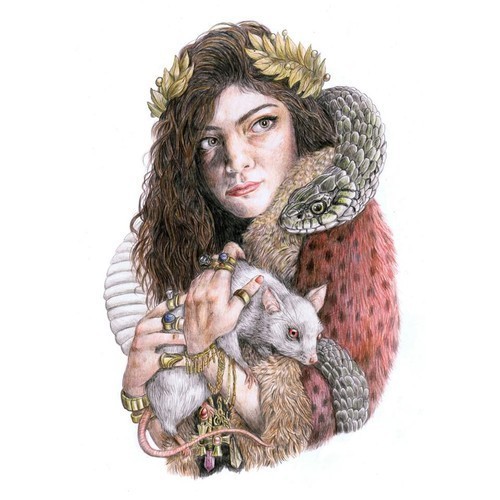