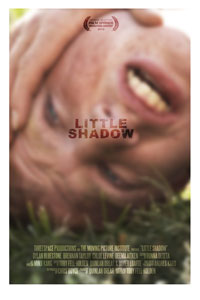 The 2013 Palm Springs International ShortFest is coming and with 330 films on the line-up, good luck figuring out where to begin. Fortunately the programmers have broken up the selections into theme-specific sections. There’s Cons and Consequences for films about con artists, an entire program dedicated to musicals, Seven Deadly Sins, Sibling Stories, and loads more, but we’re going to narrow it down to just one, a piece in the Changing Lanes program – “Little Shadow.”

“Little Shadow” is written and directed by London native Toby Fell-Holden. Fell- Holden earned a BA in Philosophy, Politics, and Economics at Oxford University, but his attraction to film was undeniable so in 2008, he joined Columbia University’s Film MFA program. While there he taught screenwriting to undergrads, worked as a teaching assistant for Andrew Sarris and Annette Insdorf, and taught a summer filmmaking class for teenagers in Istanbul all while doing his own coursework.

Fell-Holden’s time within the program is peppered with success from beginning to end. The first year assignment he directed, “Nova Scotia,” played at the ShortFest in 2010 and the first year assignment he wrote, “Walking the Dog,” won Best Narrative at CineKink and is currently being developed into a feature. Another short film he wrote, “Blackwood,” was showered with praise at the Columbia University Film Festival, went on to screen at dozens more and won a few awards along the way, including a National Board of Review grant and Best Narrative Short from a US Film School at the Fort Lauderdale International Film Festival. 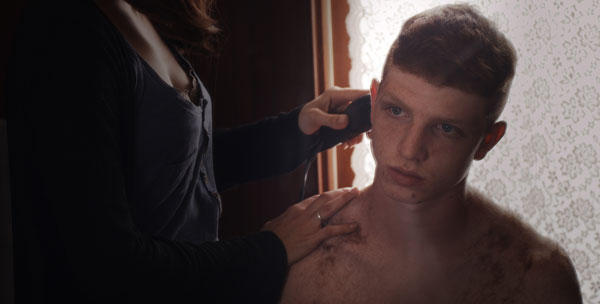 But now it’s all about “Little Shadow,” a coming-of-age family drama about a young boy thrilled to have his soldier father back home. When the boy finds himself stuck with a gang of older kids, he feels the pressure to prove he can be as strong and independent as his old man.

With the film’s June 21st world premiere at ShortFest on the horizon, Fell-Holden is eager to share his Columbia University MFA thesis film with the Palm Springs audience and hopefully many more thereafter. In the meantime, check out what Fell-Holden had to say about the process of bringing his latest vision to life:

What inspired you to write “Little Shadow?” Was there any specific thing or experience that gave you the idea?
Toby Fell-Holden: I guess it began from two small incidents on trains coming together. One was many years ago when I was a kid, seeing two soldiers coming back from overseas on a train in London. They were smoking in the carriage with a sense of entitlement, much to the discomfort of the other passengers. The other was while visiting Stockholm and seeing a young boy with his friend pestering two girls. When the boys got off the train, one of the boys spat against the window outside at the girls inside. I think I started to imagine, what if that boy was the son of one of the smoking soldiers? What would their relationship be like?

You can say you’re making a movie, but it’s a different thing to know it’s really going to happen. What did it take to make “Little Shadow” the real deal?
I didn’t have the means to finance “Little Shadow” so quite a lot of time was given to applying for grants and fundraising for a few months last summer. It wasn’t until we successfully won a grant and were well into our Indiegogo campaign that we could say to one another, “Okay, we can actually do this now.’ But that seems to be the experience of so many independent filmmakers at all levels. There’s an element of believing you can do it and persevering until enough people come around a project in support that it becomes concrete. Also, having such an experienced casting director, Donna DeSeta, come on board certainly shifted the momentum of the project with the caliber of actors she gave us access to.

And how about being on set? As a director, is there anything you need to have or do while you’re working? Even if it’s just having a cup of coffee or something simple like that.
What about tea? I’ve been on British sets where the director needed a constantly filled cup of tea at hand! I don’t think I have any specific thing I need while directing, I’m too preoccupied with trying to stay present and open to the possibilities of things going in new directions you didn’t expect.

Almost every production hits some snags along the way. Were there any significant challenges you had to overcome?
Shooting in locations across New Jersey and Connecticut inevitably led to logistical challenges of coordinating cast and crew from New York over such a wide area each morning. As is so often the case, racing against time for some of the more intricate scenes could be trying. For example, there’s a spin the bottle scene, which had a lot of shots and sensitive exchanges between the young actors, which we had to get through very quickly. If you show your anxiety and haste then it affects the performances, so keeping things light and embracing the spontaneity of the moment by stealing shots as we rehearsed, and going with your instinct about what you really need to convey the essence of the scene becomes crucial. Strangely, rising to those challenges often makes scenes stronger than they would be were there the time you wanted.

How’d you feel when you wrapped? Were you sure of what you shot or did that feeling come more from the editing process?
I always feel like I’ve stepped out of a trance when a shoot wraps. You’re in such a heightened state of awareness that when the day’s called it’s a bit like, “Really? It’s over already?” I think you have a sense of what you’ve got from the way things feel on set, but there are always things you didn’t anticipate that don’t reveal themselves until the edit. 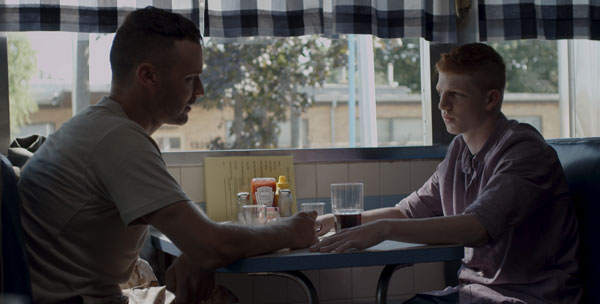 What are you hoping for from ShortFest? Any specific goals?
I was at Palm Springs before in 2010 and it was a great experience. The ShortFest is very oriented around the filmmakers. You meet so many talented people from around the world. I hope to meet even more this time around with the potential for collaborations in the future. There is also the chance to get some exposure with the press and industry people on the panels and roundtables, as well as meet buyers at the shorts market, which all helps get your film seen by the widest possible audience.

And how about beyond “Little Shadow?” Without considering financing or any other similar hurdles, if you could pick your next project right now, what would it be?
I’m working on a feature script that I’ve been excited about for a long time and hope to start pushing soon. The story puts a new spin on an arranged marriage, which I don’t think has been seen before. It very much feels like the culmination of the psychosexual themes explored in my shorts while at Columbia. But I’m always open to writing and directing in any medium. There’s so much great TV now. That seems to be where people are willing to take the bigger risks.

Having made so many short films now, is there any one specific thing you learned over the years that you’ll take with you to your first feature and maybe beyond?
Story is everything and you’re never done writing!

Any advice for the up-and-coming filmmakers out there?
To keep taking risks and trying to do the things that you’re scared to. If it doesn’t work, you’ve learned and grown more than if you’d succeeded, and when it does, it often becomes the thing that sets the film apart. Filmmaking is so endlessly challenging that it can be easy to keep relying on the things that worked the previous time, but then there would no “2001,” “Psycho,” “Annie Hall,” “8 ½,” “Mirror,” “Persona,” “Taxi Driver,” and isn’t that what we all aspire to really?