The Walking Dead: The Complete Third Season Coming to DVD and Blu-ray August 27

ShockYa has chronicled the most-talked-about moments from this season of “The Walking Dead,” so we know exactly how “The Walking Dead” has excited, saddened and surprised viewers. If you are ready to relive this season’s roller-coaster ride already, prepare yourself for August!

August 27 is when Anchor Bay Entertainment will release “The Walking Dead: The Complete Third Season” on Blu-ray and DVD. The home release will be a five-disc set containing all 16 episodes from the third season. But that’s not all you can expect!

Like with other “The Walking Dead” releases, there are tons of special features you can expect, such as exclusive behind-the-scenes footage, never-before-seen featurettes, cast and crew audio commentaries, deleted scenes and more!

You can take a look at the cover art and some of the special features below the post. If you are all about zombie action–or if you need to just make sense of all the craziness that occurred this season–then you certainly need to make sure to get this release!

What do you think about “The Walking Dead: The Complete Third Season”? Are you going to get the release on Blu-ray and DVD? Give your opinions in the comments section below! 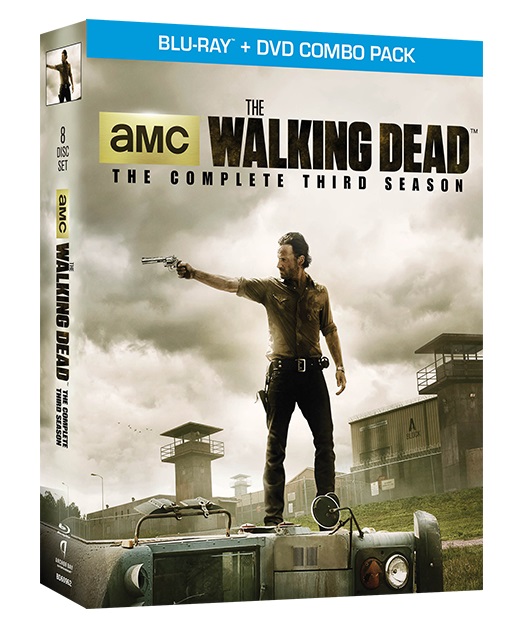