With two new wide releases arriving and “Man of Steel” poised to claim a nice chunk of cash yet again, all three might wind up stepping on each other’s toes a bit, leaving the weekend without a runaway winner. “Man of Steel” made a killing its first weekend out, but not enough to guarantee a significant percent change this time around. If it manages to hold on to 50% of its opening profits, it’ll have a strong $58 million second weekend out, but that won’t be good enough to hold on to that top spot.

Between “Monsters University” and “World War Z,” “Monsters University” will come out on top for two reasons – it’s a sequel and has a wide appeal. It won’t open as big as “Toy Story 3,” but it should be able to match or surpass “Brave” with about $70 million to take the top spot. Even though Brad Pitt’s been very busy giving “World War Z” a serious push, this one will be lucky to match “Prometheus,” likely only taking $50 million its first weekend out.

Even with no new comedy competition entering the race, “This Is The End” could still take a moderate hit, something along the lines of “Get Him to the Greek,” forcing it to wave goodbye to 45% of its opening profits and leaving it $11 million this time around. “Now You See Me” has enjoyed a moderate decline thus far and there’s no reason to think that’ll change now. Should it lose 42% again, it’ll post $6.5 million for weekend three.

If you open big, the harsh decline is inevitable, but it looks as though “Fast & Furious 6” might have leveled out. Should it find the middle ground between its weekend two to three and weekend three to four percent change, it’ll dip about 47% and take another $5 million to the bank. As for “The Purge,” should it continue on the same track as “A Nightmare on Elm Street,” it’s heading towards a 50% slashing, which would leave it with about $4 million.

Fortunately for “The Purge,” “The Internship” is also on a fast decline, so that $4 million should be just enough to hold on to the #7 spot. In fact, if “The Internship” only manages to bring that 58.7% weekend one to two loss down to 50% for a $3.5 million second weekend out, “Epic” has a decent shot at surpassing it. You’d think “Epic” would be in for a big hit with “Monsters University” arriving, but the “Monsters University” overflow could actually give “Epic” a nice boost. If “Epic” dips 45% from weekend four to five, it’ll taking another $3.7 million to the bank and the 8th spot on the top ten.

Thanks to a sizable gap between “Star Trek Into Darkness” and “After Earth” last weekend, “Star Trek” should have no trouble claiming that 10th spot this time around, even if it sees its profits cut in half for a $3 million haul. 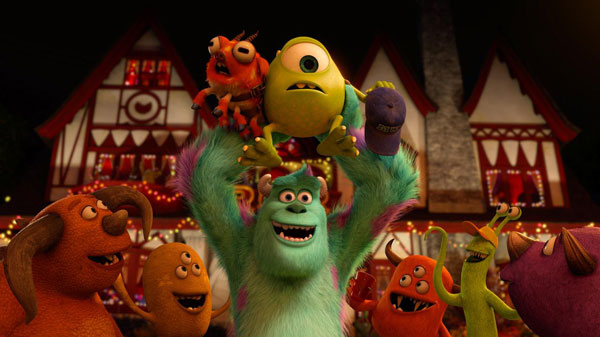