When a political candidate has some dirt about to surface that needs to be spun, they call upon strategist Paul Turner (Lowe). Paul, his closeted lesbian assistant Kerstin (Chung) and f-buddy/media darling Peaches (Bowen) have the means to clean up and exploit the dirtiest of laundry in order to win elections for his clients: a womanizing Kentucky governor (Mccormack), a blackmailed California Senator (Harbour), a free clinic doctor (Moss) who wants to run for Governor of California.

The negative: The story has been done already which made it very predictable. When Turner questions his ethics after an intern of the Kentucky governer attempts suicide was cliche and the ending was sappy.

The positive: The characters were fun. I thought Julie Bowen was great and liked seeing her take a sexy role which is quite different from her uptight Claire Dunphy (Modern Family) persona.

Political satires are either hit or mostly miss. I liked Knife Fight better than I thought I would, but it’s not something I would recommend with enthusiasm or watch again. The talent was definitely there, but as for a film, it was fairly blah. 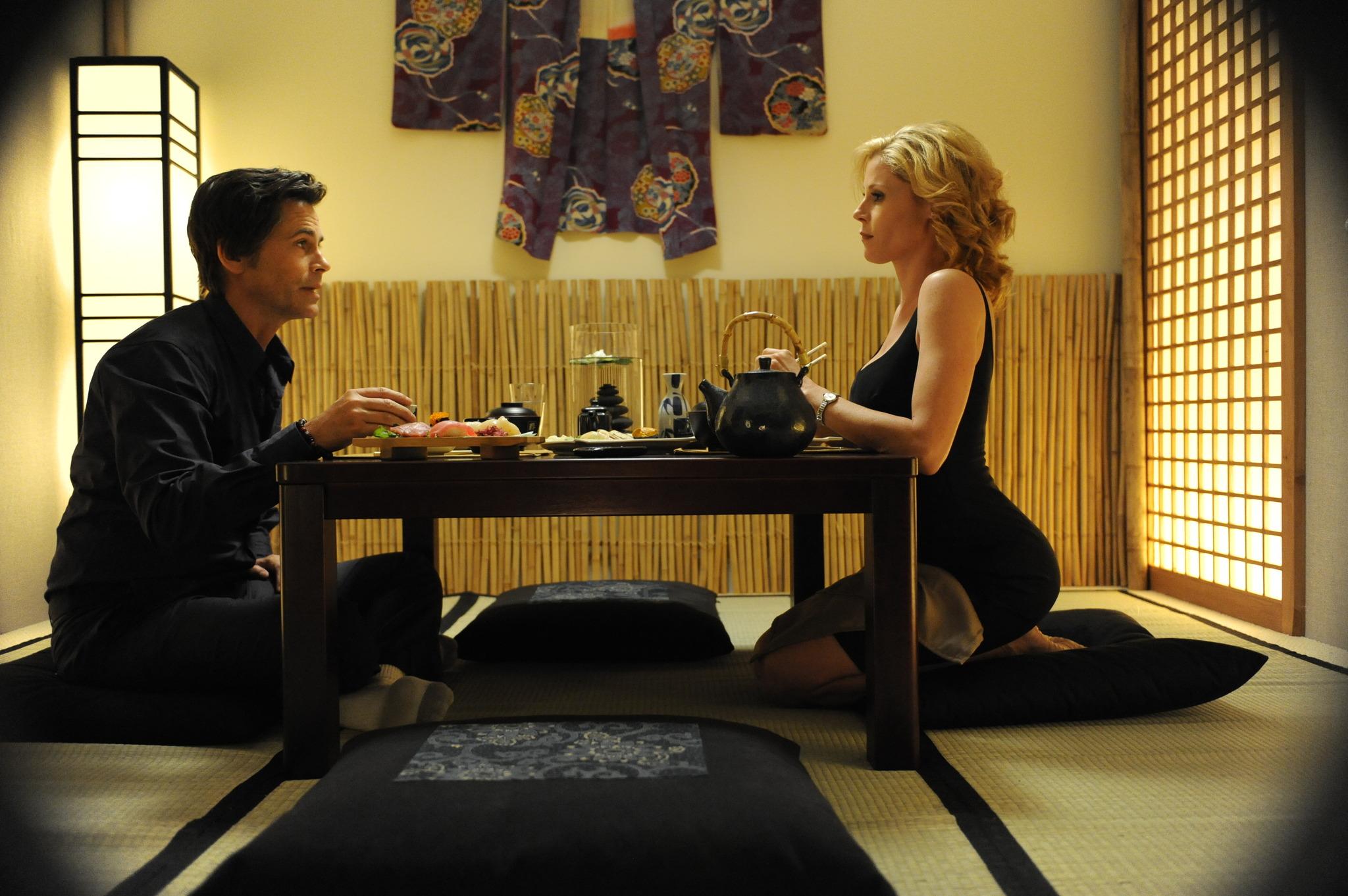