Josh (Louis Corbett) and Ling (Li Lin Jin) have traveled to China  on holiday to meet up with each of their parents who happen to be working at an archaeological site.  On the way to see Josh’s dad Chris (Sam Neill), Ling can hear a flute playing (it’s China, doesn’t it always sound like that?). When they arrive at Chris’s office, they discover he had just thwarted an attempted robbery of an ancient artifact and is nursing a busted arm. He asks Josh and Ling to head over to his apartment which he is sharing with Ling’s mom Dr Li (Wang Ji)  and another archeologist Dukas (Robert Mammone) and get settled in.  The two kids are a little apprehensive around each other, but decide to go exploring together while their parents work. They happen upon a temple caretaker named Wu Dong  (Jordan Chan) and he tells them his family has guarded the temple for over 3,000 years. Wu Dong plays an ancient flute and somehow only Ling can hear its song. Wu Dong claims her to be “The Chosen One.”  Ling and Josh find a trap door in the temple which opens to an underground cave which houses a giant air-swimming dragon. The dragon has been stuck in our world because his pearl was not returned to him thousands of years ago when he lent it to the emperor to win a war. The children befriend the dragon and start searching for the pearl, which answers might be found in the dig site their parents are currently excavating. They must locate it before the thieves who hurt Josh’s dad find it or before the diggers discover it and ship it off to a museum, never to be seen again.

The negative: It was maybe 30 minutes too long. Yes it’s an hour and a half movie, but it was sometimes agonizingly slow. The character Wu Dong I’m guessing was supposed to be the comic relief, but he came off as weirdly intense and mostly annoying.  If he dialed it back a tad, he could’ve been funny. His catchphrase “Oh my Buddha” was a groaner.  There was a scene where the kids are fighting off the thieves and the villain which got too reminiscent of Spy Kids. Since I detest that franchise, that was a big minus.

The positive: The legend bit was engaging and the plot was cute.  The CGI seemed a little on the cheap, but it still looked cool.

I found several film references that may have been accidental, but it was entertaining for me making the connections. The bit with Ling being “The Chosen One” made a tiny voice in my head go “Wee Wee Wee” (Kung Pow). The pearl looked like a bigger version of Bodhi (Solarbabies). When Ling was on her bike, trying to get the pearl back to the dragon, she was wearing a red hooded sweatshirt (E.T.). When Sam Neill’s character finally sees the dragon for the first time, it’s not a look of surprise, but maybe amusement. I mean he’s already dealt with velociraptors and a T-Rex, a dragon’s no big thing.  The giant Rubik’s cube – not a movie reference, but I had to mention it and where do I get one?

The Dragon Pearl was a little too long for my taste, but young kids under 10 may enjoy it. I think the best part of the movie was the end credits, where they filmed a Chinese drum line of boys and girls. I could watch that for an hour and a half, it was pretty mesmerizing. 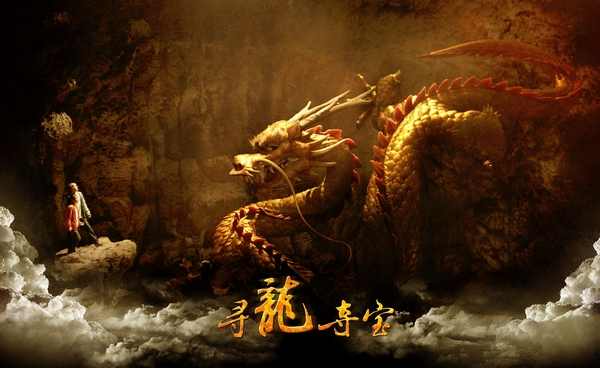