Before reality television became a genre unto itself, before dubiously achieved demi-celebrity became an actual career goal for many, and before blowhard media personalities took as their pet lemmings a significant portion of the American electorate, there was Morton Downey, Jr., a foul-mouthed talk show host who, as the anti-Phil Donahue, blew cigarette smoke in guests’ faces and generally ranted and raved in a manner that now seems both like some overblown caricature of populist agitation and the cornerstone for a cable news empire of ever more emphatically delivered deceitful scare-mongering. In the late 1980s, his meteoric rise keyed a heated debate over raunchiness and civility in public discourse. The new documentary “Evocateur: The Morton Downey, Jr. Movie,” then, chronicles that clamorous time, in an engaging and entertaining fashion that also rather purposefully induces a certain queasiness.

The brainchild of MTV co-founder Bob Pittman, “The Morton Downey, Jr. Show,” which debuted on New Jersey-based WWOR in the fall of 1987 and went national the following year, was originally envisioned as an updated version of the same sort of confrontational style of television talk peddled in the 1960s by Joe Pyne. The late Downey, though, who grew up with divorced parents and in the shadow of his famed Irish tenor namesake father, would seem to channel his obsession for fame into playing a character whose vices and hubris would first define and then consume him in real life. Downey wasn’t merely an angry populist; his rhetoric was shot through with envy and rage. He would constantly decry the United States’ “low ebb of morality” while often indulging in a bilious, unfocused rage that made him a hip, wild man hero to disaffected teens and un(der)educated and/or bigoted suburban white males.

The show rose like a rocket, notching all the requisite national magazine covers. “There was a prurient excitement of not-nice people saying not-nice things,” explains fellow talk show host Sally Jessy Raphael, one of the interviewees here. Presaging the breathlessly obsessive cable news network over-coverage of various sensational trials that would spread out over the next couple decades, Downey turned the lurid Tawana Bradley case — in which an African-American women alleged kidnapping and rape against a number of white attackers, including police officers — into an ongoing soap opera. Then something strange happened, something almost unthinkable in today’s Internet age; Downey’s fame imploded. After a scuffle during a taping at the Apollo Theater, and some other bad publicity (including a weird putative attack on Downey by white skinheads in an airport bathroom), “The Morton Downey, Jr. Show” was canceled by the summer of 1989.

The brilliance of something like “The Eyes of Tammy Faye,” Fenton Bailey and Randy Barbato’s fascinating, from-the-ground-up reconstruction of a similarly divisive public figure, disgraced “The 700 Club” co-host and religious theme park peddler Tammy Faye Bakker Messner, lies in its laying waste to motivations and views falsely ascribed to its subject. “Evocateur” lacks this sort of wallop. It readily identifies the daddy issues, but chooses to more or less ignore Downey’s humbled post-syndication career, framing the third act of his life by way of his protracted lung cancer battle and contrition over being such a public face for smoking. Still, if it suffers from the absence of some key figures in Downey’s life (none of his four wives appear, and only one of his four children), the movie is lithe and entertaining, as well as uncanny in summoning up a gassy, unnerving portrait of a man who birthed so much decibeled anger for money. Among the many interview subjects, a group of Downey’s old producers mention his embrace of emotional rather than any intellectual arguments, and also note the ferocity with which he would attack guests. (Even a friend says, “He could’ve been a serial killer.”)

Co-directors Seth Kramer, Daniel A. Miller and Jeremy Newberger use animated segments, a la “The Kid Stays in the Picture,” but here to showcase more literally the snarling monstrousness of Downey’s increasingly unhinged behavior. They also include — in what proves one of the film’s more inspired touches — interviews with a cross-section of hardcore fans (mostly teenagers at the time) who vied for live-taping tickets and came to love their roles as what was known as “The Beast.”

These present-day reflections cast a light on the nature of Downey’s vaguely xenophobic appeal, and speak silent volumes about those who pedal such grotesqueries today. “People want what they’re getting, or they’d be getting something else,” says Pat Buchanan at one point, with a touch of amazed admiration. He’s speaking in regards to Downey’s deft touch at playing upon the worst of human instinct and feeling, but “Evocateur: The Morton Downey, Jr. Movie” makes clear that although this particular three-ring circus enjoyed but a brief run, the bigtop hasn’t vacated the country.

NOTE: In addition to its theatrical engagements, “Evocateur” is also available across VOD platforms. For more information, visit www.MagPictures.com/Evocateur/. 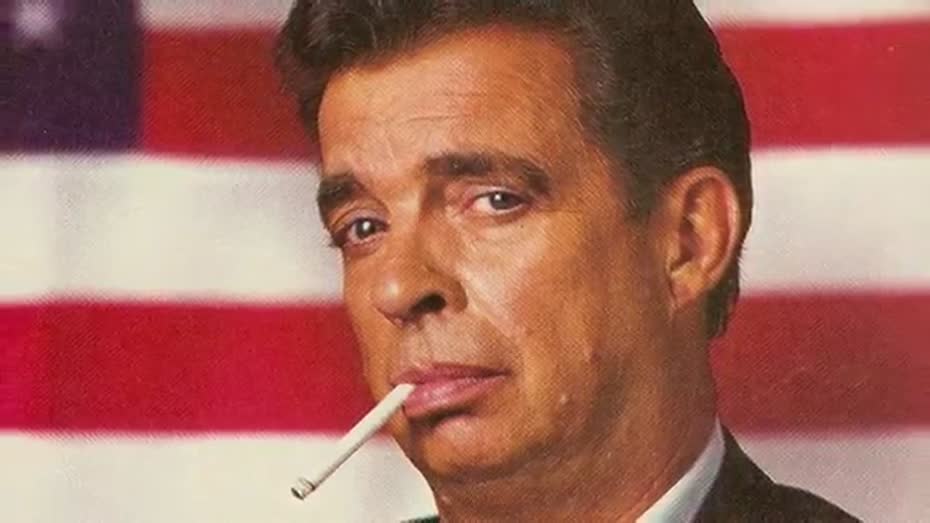