The 1920s are still in vogue, thanks to the latest film set in the ’20s, “Thérèse.” The film, starring Audrey Tautou, Gilles Lellouche, Anaïs Demoustier and directed by Claude Mille, tells the story about a housewife who wants to a life filled with the love and fun she feels she’s missing. Here’s more about the film:

“Audrey Tautou stars as a provincial housewife in 1920s France, whose suffocating marriage to a boorish landowner inspires her to a fatal bid for freedom, in the late director Claude Miller’s exquisite adaptation of the classic novel by François Mauriac.

François Mauriac’s legendary 1927 novel of French provincial life has been gloriously brought to the screen by the inestimable Claude Miller in his final film. Sumptuously photographed to capture the full beauty of the pine-forested Landes area in southwest France, THÉRÈSE is a beautifully conceived drama of exquisite taste. Marvelously played by the luminous Audrey Tautou, Thérèse is a heroine hewn from the same stock as Madame Bovary or Anna Karenina, suffocated by her provincial marriage.

Thérèse has married less for love than for convenience, but it is not long before the casual disinterestedness shown her by her arrogant husband, Bernard (Gilles Lellouche), sets her mind in motion. Life is easy at first, as Bernard’s pinewood estates keep them both in the lap of luxury. But when Thérèse’s best friend Anne (Anaïs Demoustier), who also happens to be Bernard’s younger sister, falls madly in love with a handsome young Portuguese man, Thérèse begins to see what she has been missing in her life. Corralled by Bernard’s family into persuading Anne to forego her planned nuptials, she begins to see first-hand the awesome power of passionate love, as Anne will go to any length to keep her lover by her side. Soon, Thérèse begins her own fight against the oppressive Desqueyroux family.”

You can check out the poster for the film, which was originally released on IndieWire, below the post. “Thérèse” will be in select theaters August 23, 2013! 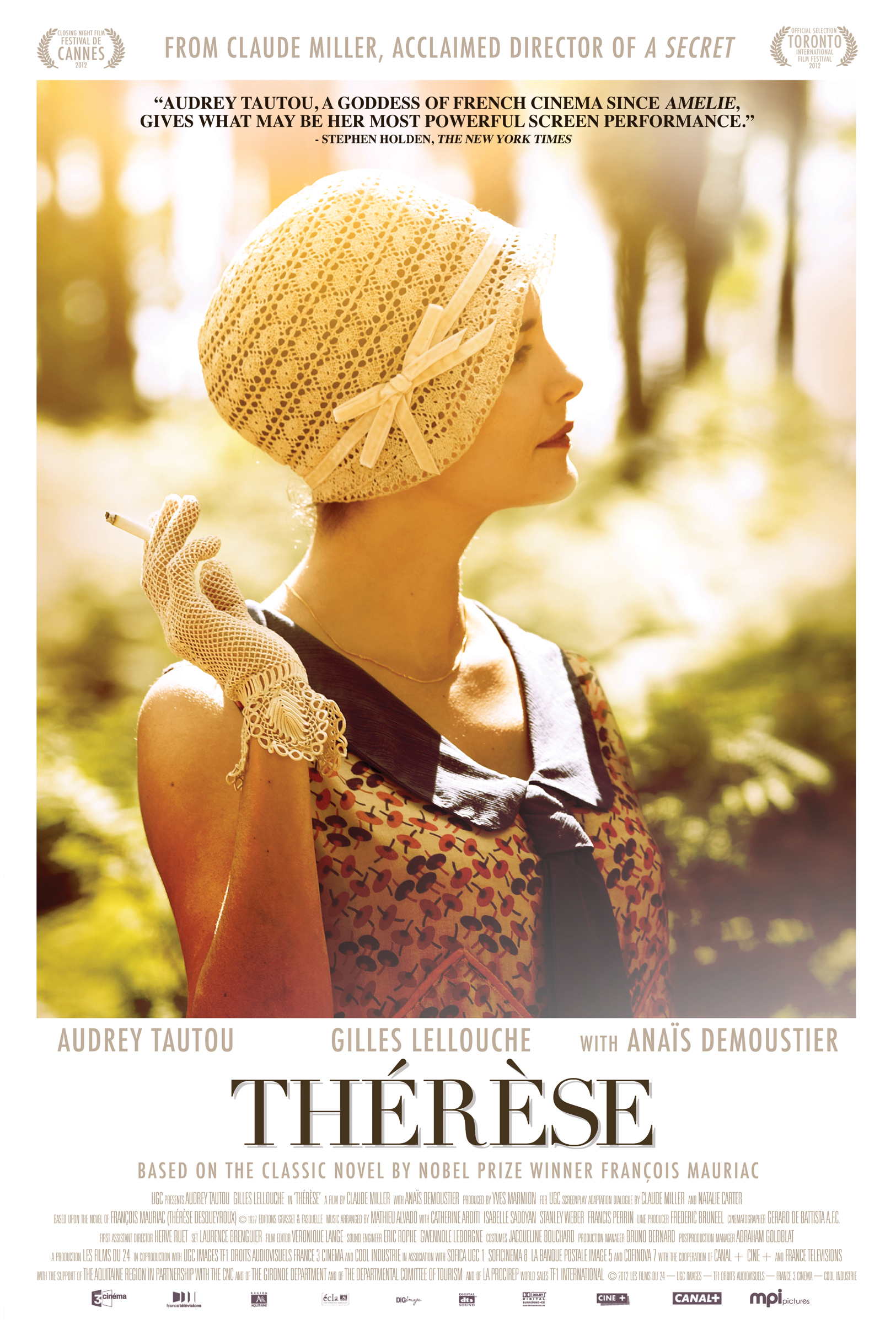