“White House Down” is no “Independence Day,” but it is a major step up for Roland Emmerich primarily because he manages to successfully embrace humor while doing what he does best – blowing things up.

John Cale (Channing Tatum) wants to be a good dad to his politics-obsessed daughter Emily (Joey King), but he isn’t around enough to do the job right. As a quick fix, he scores them a pair of passes to The White House so he can apply for a job in the secret service and finally become her hero. Even though John is quickly denied by agent Carol Finnerty (Maggie Gyllenhaal) for his lack of respect for authority, he still gets the chance to prove himself when The White House is overrun by intruders and he winds up being the only one who can save the president (Jamie Foxx) and foil their plan.

It’s a summer blockbuster featuring Channing Tatum as an action hero, Jamie Foxx as the President of the United States, and an attack on The White House. There’s really only one way for this flick to work, Roland Emmerich knew it, and seized the opportunity in the best way possible.

Similar to “Independence Day,” “White House Down” benefits from a lengthy first act, oozing with character development. Some of the scenarios and relationships feel very familiar, but the performances – namely from Foxx, Tatum, and King – are unique enough to make the characters believable and engaging. Thanks to that foundation, when the gunfire, explosions, and chase sequences begin, they’ve got a little more value than your standard disaster movie spectacle.

But even if it was just one big mindless action showcase, “White House Down” still might have worked. The idea of The White House being taken over by bad guys is just as outlandish as aliens taking over the world, so on the big screen, the scenario has an intrinsic fantasy-like appeal. Even while spending quality time with John, Emily, President Sawyer, Finnerty, and the head of White House security, Martin Walker (James Woods), you still know what’s coming, but Emmerich doesn’t just hand over the action as quickly as most films, giving “White House Down” an impressively effective build before unleashing the ultimate display of DC destruction.

The action sequences in “White House Down” generally go one of two ways – building true dread prior to a vicious attack or using an appropriate dose of humor to turn a good guy win into a fist-pump-worthy moment. Both techniques fail occasionally, like when the media moronically outs Emily Cale for revealing the identities of the intruders while she’s still being held hostage and a handful of one-liners that miss the mark and diminish the momentum, but when they work, they’re exceptional.

Prior to the attack on The White House, there’s an incident in The Capitol Building. Before unleashing the firepower there, we get the opportunity to follow the culprit through his prep process, so when he’s finally in position to strike, it’s notably unnerving. Another particularly effective serious element is Jason Clarke’s Stenz. It’s just too bad the character isn’t fleshed out more, particularly when it comes to his motives, because Clarke gives such an honest and truly frightening performance that if you were compelled by Stenz’s goals, you would have felt the threat that much more.

But fortunately, the experience of “White House Down” isn’t dependent on why the terrorists want to take over “the castle.” The heart of the film is the chemistry between Foxx and Tatum with a nice assist from King. Tatum’s character is basically a ridiculous, indestructible action hero who manages to narrowly escape hundreds of bullets, but it’s easy to push the believability issues aside because Tatum is just so damn charming. Then pair that with Foxx’s Sawyer who is the noblest, kindest president who adorably must put on his precious Air Jordans to fight the bad guys, and you’ve got an exceptionally likable and charismatic tag team. Whether they’re zipping around The White House lawn in a limo or in the middle of some hand-to-hand combat, the pair is simply a joy to watch and root for.

As for King, her character suffers a bit from cute kid syndrome thanks to a number of heavy-handed attempts at labeling her a hero and an excess of helpless screaming, but for the most part, King comes across as an appealingly mature character with some sass. It’s also worth noting that Nicolas Wright makes quite the impression as a surprisingly lovable secondary character. Donnie the Guide is essentially one big joke, but he breaks down to a number of truly funny jokes, so the shtick works.

It’s tough to call “White House Down” a quality film when considering the award-worthy material that’s already hit theaters this year, but it’s easy to dub it a quality summer film. Tatum is the ideal action hero, Foxx is a delight as the president, and they kick some serious you-know-what making “White House Down” a blast for the summer of 2013 and probably an entertaining repeat watch well beyond the season. 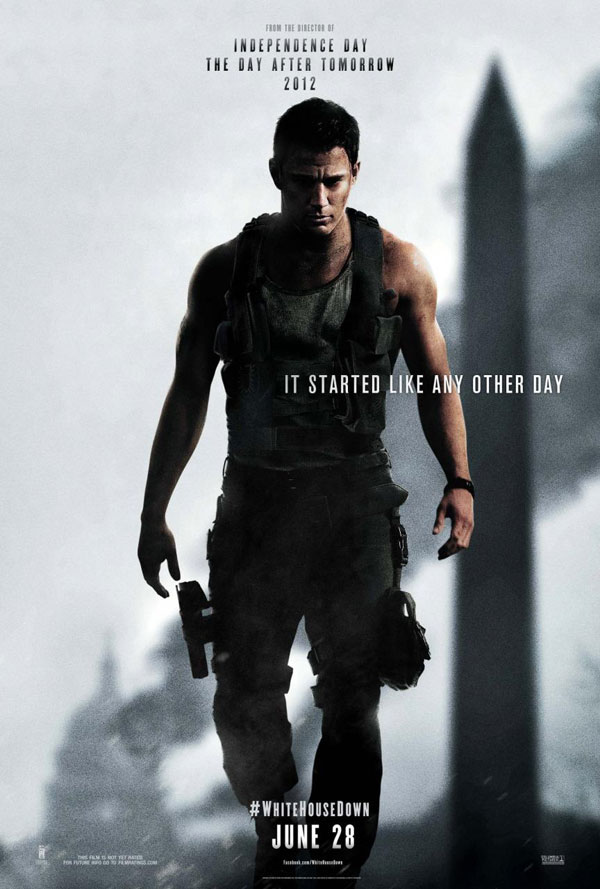