Movie News Cheat Sheet: Moore For Coin, Diaz For Hannigan, And Weitz For YA

Who’s ready for yet another Cheat Sheet packed with news on upcoming book-to-film adaptations, remakes, reboots, and sequels? Well, technically “The Vatican Tapes” is an original story, but we’ll see how true that really is when the film hits theaters.

“The Hunger Games” franchise could continue to up its clout should it lock Julianne Moore for the role of Alma Coin in the two “Mockingjay” movies. Meanwhile, not only is Chris Weitz directing a young adult book-to-film adaptation of his own, but he’s doing so using a YA novel he wrote himself. Moving into more adult territory, we’ve also got a remake of the Adrian Lyne’s “Jacob’s Ladder” in the works at LD Entertainment.

You’ve got the details of those stories, an update on the casting of Miss Hannigan in “Annie,” a box office report, and loads more coming your way in your weekly Movie News Cheat Sheet.

1. Warner Bros. Takes YA Novel “The Young World:” Young adult book-to-film adaptations continue to be all the rage, and Warner Bros. just snatched up another. This one comes from “About a Boy” director Chris Weitz who penned a book of his own called “The Young World,” the first of a trilogy. The story involves an apocalyptic event that kills every single person on earth, except those between 12 and 21-years-old. Without the necessary experience, these youths are tasked with the challenge of restoring New York City and its functioning society. According to THR, Weitz will adapt his own book and then direct the film.

2. “Jacob’s Ladder” Remake in the Works: Ready for another run up Jacob’s Ladder? LD Entertainment is going to make it happen. As reported by THR, the studio just recruited “Midnight Meat Train” scribe, Jeff Buhler, to pen a new script from Jake Wade Wall’s earlier draft. The original “Jacob’s Ladder” featured Tim Robbin’s as Jacob, a Vietnam vet who suffers severe hallucinations after returning home. THR notes, “The plan is to contemporize the story with new situations and characters but still maintain a story that examines issues and poses existential questions.” LD Entertainment is already on the hunt for a director, so this one could wind up getting the go-ahead fairly soon.

3. “The Vatican Tapes” Gets Michael Peña, Djimon Hounsou and Dougray Scott: Initially, it was easy to write off “The Vatican Tapes” as yet another possession found footage film, but now it’s got some serious talent to back up its familiar subject matter. Lionsgate and Lakeshore Entertainment announced that Michael Peña, Djimon Hounsou, Dougray Scott, Kathleen Robertson, Peter Andersson, Olivia Dudley, John Patrick Amedori and Alex Sparrow have all joined the cast. Dudley of “Chernobyl Diaries” will lead as Angela, an ordinary 27-year-old who starts hurting and killing people involuntarily. Peña steps in as a local priest who determines that Angela is possessed, but when Vicar Imani and Cardinal Bruun (Hounsou and Andersson) arrive from the Vatican to take care of business and exorcise the demon, they find out that this ancient satanic force is far too powerful for that. Mark Neveldine will make his solo directorial debut when the film goes into production next month. (via Lionsgate and Lakeshore Entertainment)

5. Julianne Moore May Join “The Hunger Games:” Can the “Hunger Games” franchise get any bigger? Oh, yes it can. The cast is already loaded with top talent and now “Mockingjay: Part 1” and “Part 2” might pick up yet another top-tier actress, Julianne Moore. According to THR, Moore is currently in talks for the role of Alma Coin, the leader of District 13. In an effort to keep from spoiling any plot developments to come in “Catching Fire,” we’ll leave it at that, but know that Moore is an optimal choice for the part. Should the deal go through, she’ll join Jennifer Lawrence and Josh Hutcherson in front of the lens for director Francis Lawrence.

6. Cameron Diaz is “Annie’s” Miss Hannigan, Not Sandra Bullock: Will Smith and Jay-Z’s “Annie” has its Miss Hannigan and it’s not Sandra Bullock. As reported by Deadline, Bullock passed on the role and the filmmakers moved on to Cameron Diaz. Considering Bullock has been at her best since “The Blind Side,” it’s a bit of a disappointment that she won’t be joining the project, but Diaz could prove to be a fun choice. She doesn’t have any movie musical credits to her name, but her signature quirk and zest could make up for that, if not complement any singing abilities she does have.

7. Quicksilver & Scarlet Witch a “Huge Part” of “The Avengers 2:” Apparently Quicksilver and Scarlet Witch are just going to keep rousing news all the way up to “The Avengers 2” May 1, 2015 release. While walking the red carpet for the Saturn Awards, Crave Online asked Whedon about the brother-sister duo being both in his movie and in Bryan Singer’s “X-Men: Days of Future Past.” Whedon told them, “It’s a huge part of the movie. I’m really excited about it and I don’t know what they’re doing – I’m determinedly not knowing … They’ll do their thing, I have to do mine.” While you do have to respect that Marvel and Twentieth Century Fox are two competing companies and, in turn, Whedon and Singer, will have to do their own things, it’s bound to be jarring to see Singer’s Quicksilver and Scarlet Witch on May 23, 2014 and then Whedon’s version just a year later.

8. Release Date Shifts: We’ve got another crop of release date additions and changes to note. First up is the big news that a brand new “Terminator” trilogy will commence on June 26, 2015. Also way down the line is the release of Kenneth Branagh’s “Cinderella” on March 13, 2015 as well as yet another Marvel mystery movie on July 8, 2016. If you’re looking for a little less of a wait, “Twelve Years a Slave” was just moved up from December 27, 2013 to October 18, 2013, but that also means we’ll have to hold out longer for “The Seventh Son” because it ditched its October 18th slot for a January 17, 2014 release instead. Not a promising sign. On the other hand, Warner Bros. must think they’ve got something special in “Grudge Match” because the studio uprooted the film from its original January 10, 2014 date and put it back down on Christmas Day 2013. Relativity’s Hailee Steinfeld-starrer “Romeo and Juliet” is making moves as well, shifting from September 6, 2013 to October 11, 2013 while Focus Features will have quite the dose of romance of its own to offer come August 1,2014 because that’s the day the “Fifty Shades of Grey” adaptation drops. (via Box Office Mojo)

9. Trailers: “Thanks for Sharing,” “Hell Baby,” “The Conjuring:” If you’re interested in seeing Gwyneth Paltrow and Mark Ruffalo getting their sexy time on, the new trailer for “Thanks for Sharing” has quite a bit of it. The material dabbles in tacky romcom tactics a little, but the very serious repercussions of sex addiction suggest the film could be loaded with true emotion and heart. The trailer for “Hell Baby,” on the other hand, shouldn’t be taken seriously in the least. It’s definitely firmly in silly horror spoof territory, but this one looks to have little more tact and well-earned humor than the “Scary Movie” lot. If you’re looking for a real scare, check out the new trailer for “The Conjuring.” James Wan’s latest is already being showered with praise, but if you need more convincing, get a load of the very real family the film is based on. There’s no going home and easing yourself to sleep by telling yourself it’s just a movie with this one.

10. Box Office: “White House Down” is down. Not only did Roland Emmerich’s latest get steamrolled by newcomer “The Heat,” but it also got beat by box office veterans “Monsters University” and “World War Z.” “Monsters University” retained 56% of its opening profits and the top spot with an impressive $46.2 million second weekend out. “The Heat” followed close behind, beginning its run with an impressive $40 million. Even though “World War Z” took a fairly hefty 55.1% hit, it still managed to snag the #3 spot with $29.8 million because “White House Down” only took a disappointing $25.7 million. “Man of Steel’s” percent change leveled out a bit with that 64.6% weekend one to two drop easing to 49.6% this time around and giving it a total of $20.8 million for its second weekend out. (via Box Office Mojo) 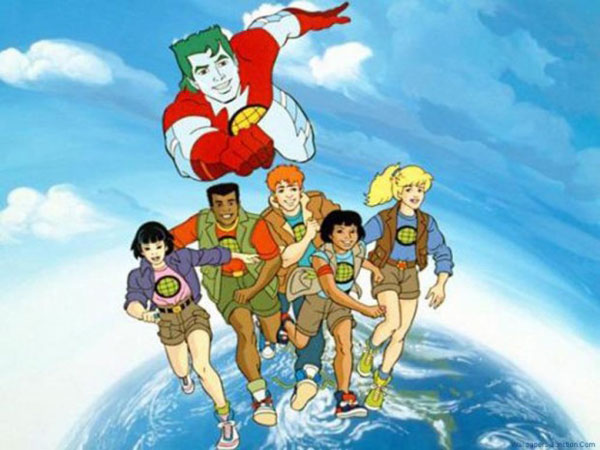