Sometimes living through the worst possible scenario can positively change the outcome of a person’s life and ultimately push them to make changes for the better. That’s certainly true for Alki David’s title character of the action film ‘Guido,’ which arrives tomorrow on home release, including DVD via FilmOn Home Video and VOD on FilmOn.com. While the title assassin initially seems content with unquestioningly killing anyone who gets in the way of his work, Guido emotionally changes his mindset and ways during an unexpected trip with a surprising guest.

‘Guido’ follows the title character (David), an Iraqi immigrant-turned-New Jersey hit man, who finds himself in the middle of a deal gone awry. Guido is assigned by his boos Jerry O’Connell (Gary Busey) to transport the body of the man he was meant to protect across the country. Before he leaves to get the job done, his sick and elderly landlady, Maria (Lupe Ontiveros), blackmails him into taking her along for the ride. With Maria beside him, and several assassins, including Sid Shine (Billy Zane), as well as law enforcement officials, including Detective Rivers (Armand Assante), in pursuit, Guido’s mission turns into an experience that forces him to confront his past and, ultimately, find hope in the future.

David brought an authenticity to his portrayal of the trained assassin he expressively wrote, and emotionally showcases his struggles as he begins to be experience a sudden attack of conscience. The actor subtly transformed the hit man, who was first shown to be a ruthless killer who instantly and unapologetically brought down his enemies without question whenever he was provoked, or his life was put in danger. But once he begins traveling with Maria across the country, and starts to witness her appreciation for everything she took for granted in her life, the title character convincingly started to change his perception on death and the meaning of life.

Ontiveros was smartly cast as Guido’s landlord, who boldly served as the hit man’s voice of reason and also brought a zany sense of humor to the action film. The actress had no fear in expressing Maria’s concerns over what Guido was doing with his life, as she brazenly questioned whether his sister, who died when he was a child living in Iraq, would approve of the career and life he picked for himself. Between emotionally contemplating on her own life choices, which ultimately distanced her from her family, who she still loves, and trying to help guide Guido into making better life choices, Maria also cunningly fused tense situations with authentic moments of humor. Whether shamelessly denying the advances of a drunken man in a restaurant or obliviously sleeping through two teens stealing the limo she and Gudio are traveling in, the actress smartly knew when to add humor to a tense, action and emotionally-driven story.

Besides the evenly balanced humorous and emotional moments of the film, as cleverly delivered by both David and Ontiveros, cinematographer Ted Calorosso smartly created colors and tunes to match the emotional nature of each scene. The film smartly started in muted blues and greys to highlight the serious nature of the job Guido takes on for his boss in protecting their client, and his straight-forward goal of not angering the other assassins they’re working with. But once he’s told by Jerry to drive across the country to Los Angeles to dispose of their client’s body, and he truly begins connecting with Maria, Calorosso cleverly brightens the colors in every setting. The shift in tone highlights the fact that the hit man truly starts to believe his landlady when she tells him he can change his life for the better.

‘Guido’ is an entertaining, comical, creative stunt-driven action film that not only thrives on the battle sequences between the title hit man and his fellow assassins, but also smartly shows the emotional journeys both he and Maria go on during their trip together. The two actors formed a genuine bond as their characters engaged in both comic jabs at each other and emotional questioning of their life decisions. Guido and Maria’s revolutionary journey is smartly highlighted by Calorosso’s creative use of diverse colors and tones, which drastically emphasize the life-altering experience the hit man and landlady both undergo on their trip together. 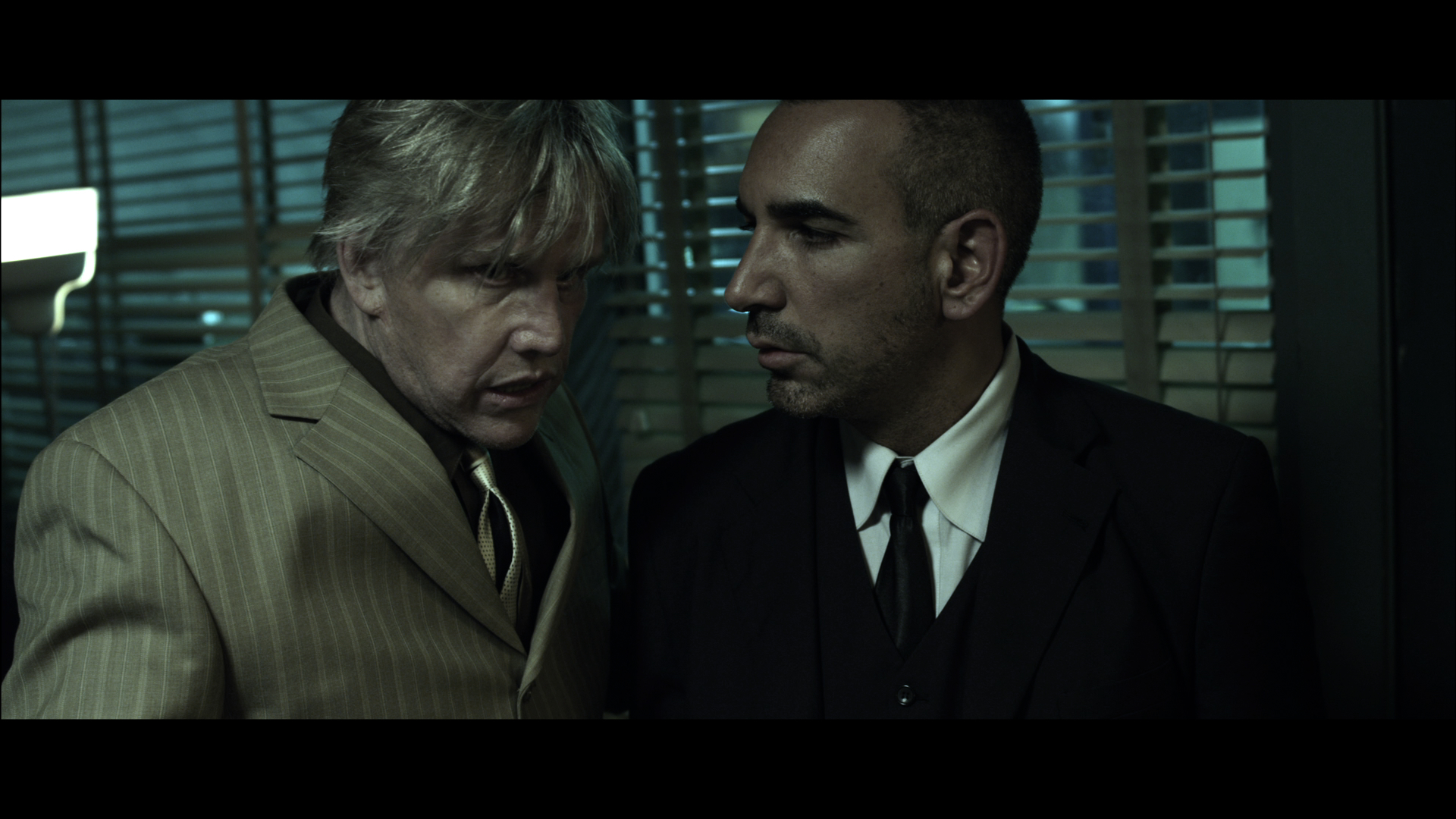