The first trailer for ‘Ride Along’ from director Tim Story (Think Like a Man/Fantastic Four) has been released. Ice Cube and Kevin Hart co-star in the comedy that sees the rapper-turned-actor as a tough detective by the name of James who decides to take his future brother-in-law Ben (Hart) on a 24 hour ride along as a challenge. Ben (a security guard) starts out determined to prove he’s good enough to marry James’ sister, but as the night progresses the two team up to try and stay alive on the streets of Atlanta. Although the movie’s outcome is a predictable one, their adventure looks hilarious.

The first clip forgoes scenes of the actual ride along, focusing in on James and Ben’s relationship with an incident at the gun range. There’s also some talk about a hammer and Ben on the job. Joining Ice Cube and Hart is actors Laurence Fishburne, John Leguizamo, Tika Sumpter, Bruce McGill and Bryan Callen. The comedy feature is scheduled to hit theaters on January 17, 2014. The script was penned by Greg Coolidge and Steve Faber. Check out the trailer below and tell us what you think? Does Ice Cube and Hart have great on screen chemistry? 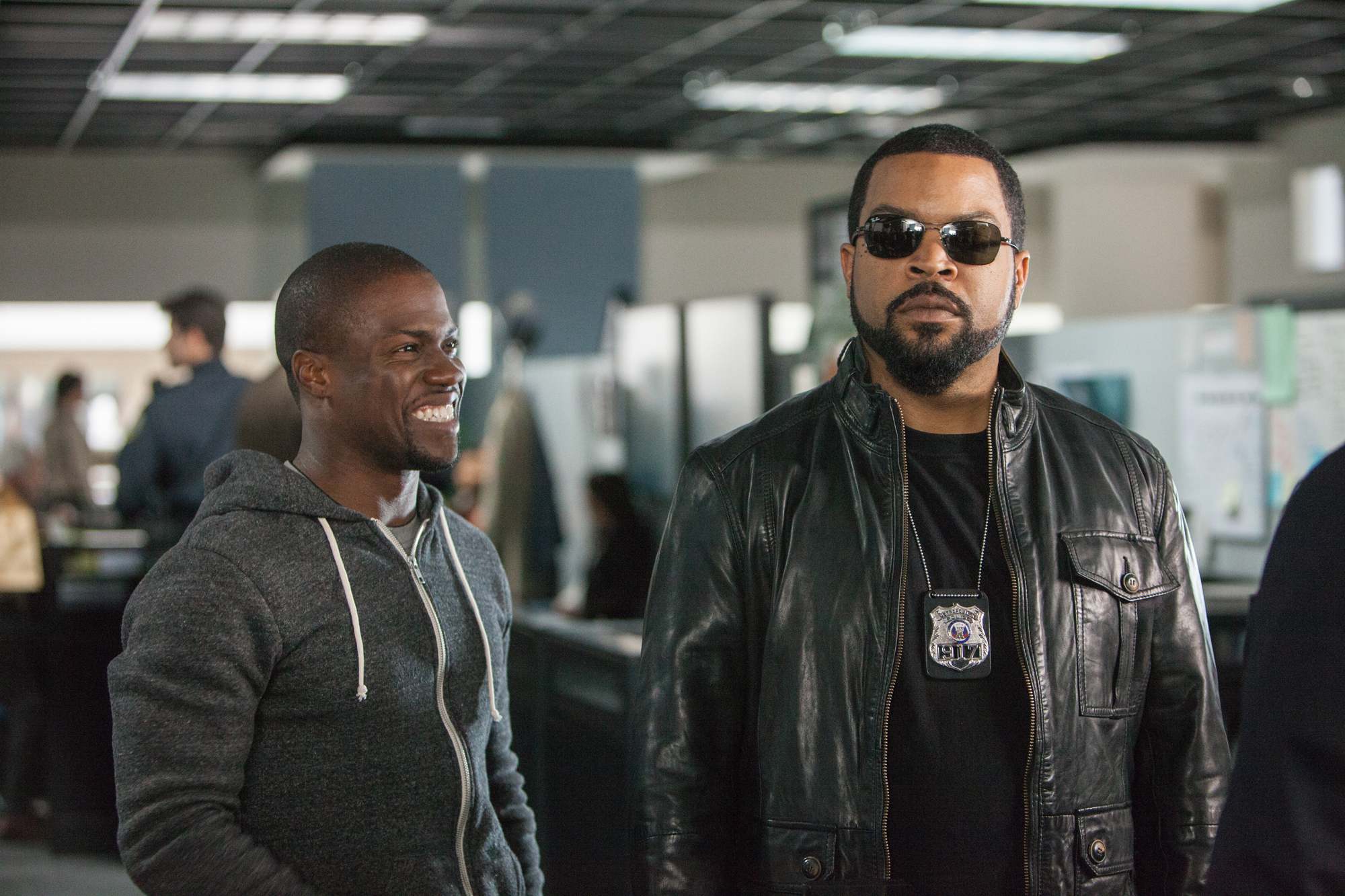