The Singer Behind Avicii’s “Wake Me Up”

I never thought I would see the day when I could enjoyably listen to a song from Avicii. First and foremost, I am a music fan because of a tune’s lyrics. The concept of liking a track for its beat arrangement has never “clicked” for me. So, continuously choosing to listen to Avicii’s “Wake Me Up” is enough of a rarity to make me thoroughly investigate the track’s vocalist, who should at least deserve a “featuring” in the song’s titling.

Let me introduce you, Shockya readers, to singer/songwriter, Aloe Blacc. Born in Orange County, California, Blacc began his career in the mid 90s as a rapper in the hip-hop duo, Emanon. Releasing six albums as part of Emanon, Blacc signed with Stones Throw Records and went solo in the early 2000s. He dropped his first LP, “Shine Through” in 2006 and four years later, released his second album “Good Things”. Produced by Jeff Dynamite and Leon Michels for Truth & Soul Productions, “Good Things” became an international breakthrough with the lead single, “I Need A Dollar”, going platinum and achieving chart success in over 15 countries in Europe. Certified gold in the UK, France, Germany and Australia, “Good Things” landed Blacc a recording contract with Interscope Records, where he is currently working on his new album with such songwriters and producers as DJ Khalil and Harold Lilly.

But what does Blacc sound like not beside an Avicii beat? A brilliant vocalist, who brings back soul music to the 21st Century without using other genres as a crutch to garner success. Just think of a modern day Marvin Gaye. His vocals are suave, which draws attention to the perceptive lyrics of each track. While Avicii’s “Wake Me Up” allows you to hear the smoothness Blacc can exude in a song, “Good Things” places him beside a broader range of instruments and truly shows what era he is comfortable with as an artist, old-school music of the 70s.

Take a listen to Avicii and Aloe Blacc’s summer hit, “Wake Me Up”, below. 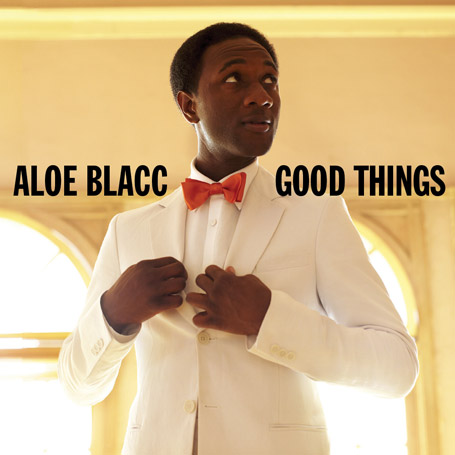