Artist Of The Week: The Mowgli’s

Typically gravitating towards the “harder” or “darker” side of the rock genre, I often find my music misplaced in the carefree summer days. So, lately I have become more sympathetic to breezier melodies, which has opened me up to a side of the rock spectrum that I have longed for and thoughtlessly neglected. It’s time to turn a new leaf and thanks to the California outfit, The Mowgli’s, I have zero reservations about this undertaking.

The eight-piece multi-instrumentalist band recently released their sophomore album, “Waiting For The Dawn”, on June 18th via The Island Def Jam Music Group. Following the group’s 2012 debut, “Sound The Drum”, and 2013 EP, “Love’s Not Dead”, the 14 track album features the single, “San Francisco”, which reached number 13 on Billboard’s alternative chart. “San Francisco” has a catchy pop tempo that is ideal for introducing this band to the radio world, but it is essential to dig further into the album because that single is only at the surface of what The Mowgli’s can do. “Waiting For The Dawn” is marked by its sheer diversity within the “been there, down that” attitude of indie rock.

The Mowgli’s have a “So Cal” vibe similar to that of the originators, Phantom Planet. An easygoing and laidback instrumental sound sits well with the fun and optimistic lyrical nature of the tunes. With these qualities representing The Mowgli’s overall persona, how can I call them diverse? Well, this answer sits comfortably in their numbers. The eight-piece band harmonizes organically and stylishly in a variety of manners. The outfit is fully in-synch on “San Francisco”, part ways with male lead vocalists at the forefront on “Time” and do some male and female dialogue on “Hi, Hey There, Hello”. These three tracks represent a slim amount of the vocal arrangements on “Waiting For The Dawn”.

There are plenty of bands (every boy band in music history), who “blend” vocals to mask those members who can’t sing, but look good on an album cover. The Mowgli’s don’t need to cover up one vocal with another. They are the naturals.

To get your copy of “Waiting For The Dawn”, click here.

For more information on The Mowgli’s, head on over the band’s official site. 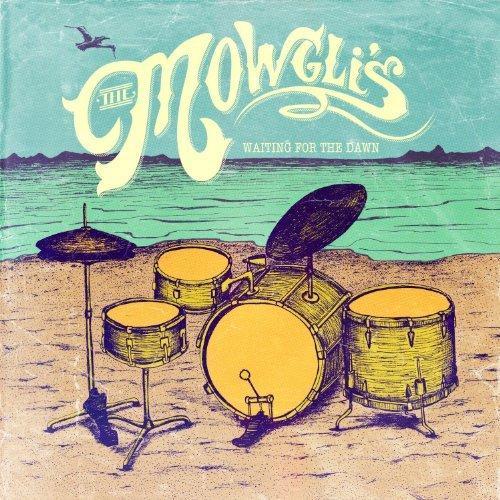